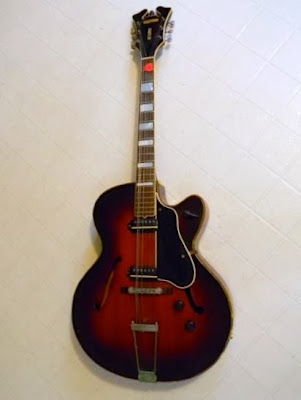 This week, I am going to indulge myself even more than usual. The guitar featured in this entry was recently sold on a well-known auction site with very little pomp and even less circumstance. It is a Forcillo Guitar. If that means nothing to you, even if you are a guitar geek like this writer, don't worry. The name Forcillo, as in Frank Forcillo, is one that lingers in a netherworld of footnotes and asides. That said, the few facts that we do know about Forcillo are interesting enough to make it worth documenting here, at least until what is left of the story is rescued from obscurity.

Here is what we do know. In 1932, first generation Italian-American guitar, violin, and mandolin maker John D'Angelico started his own shop in the Little Italy neighborhood of New York City. He had apprenticed under his Uncle, Raphael Ciani, for over a dozen years before Ciani's death. When he opened his own shop among his employees were Jimmy DeSerio, who stayed with D'Angelico until 1959, and Frank Forcillo whose tenure with the legend was a brief few years.

Frank Forcillo's name next turns up in the Blue Book of Guitars as the head of United Guitars out of Elizabeth, New Jersey, started presumably some time in the 1940s. The next concrete piece of info around Forcillo is courtesy of the United States Patent Office. On April 29, 1948, Forcillo filed a patent listed as an Attachment for Fretted, Stringed Instruments. This design is topped of by a finial that is remarkably similar to the same detail that D'Angelico used almost exclusively during the same time period. Could it be that this was, in truth, a Forcillo design that dated back to the Frank's time in John's shop?
Update: luthier Todd Cambio of Fraulini Guitars has confirmed that the finial on the headstock is a very old Neapolitan design used not only by instrument makers in Italy long before mid-century, but also used by John D'Angelico's uncle, Sr. Ciani, on several mandolins and guitars. 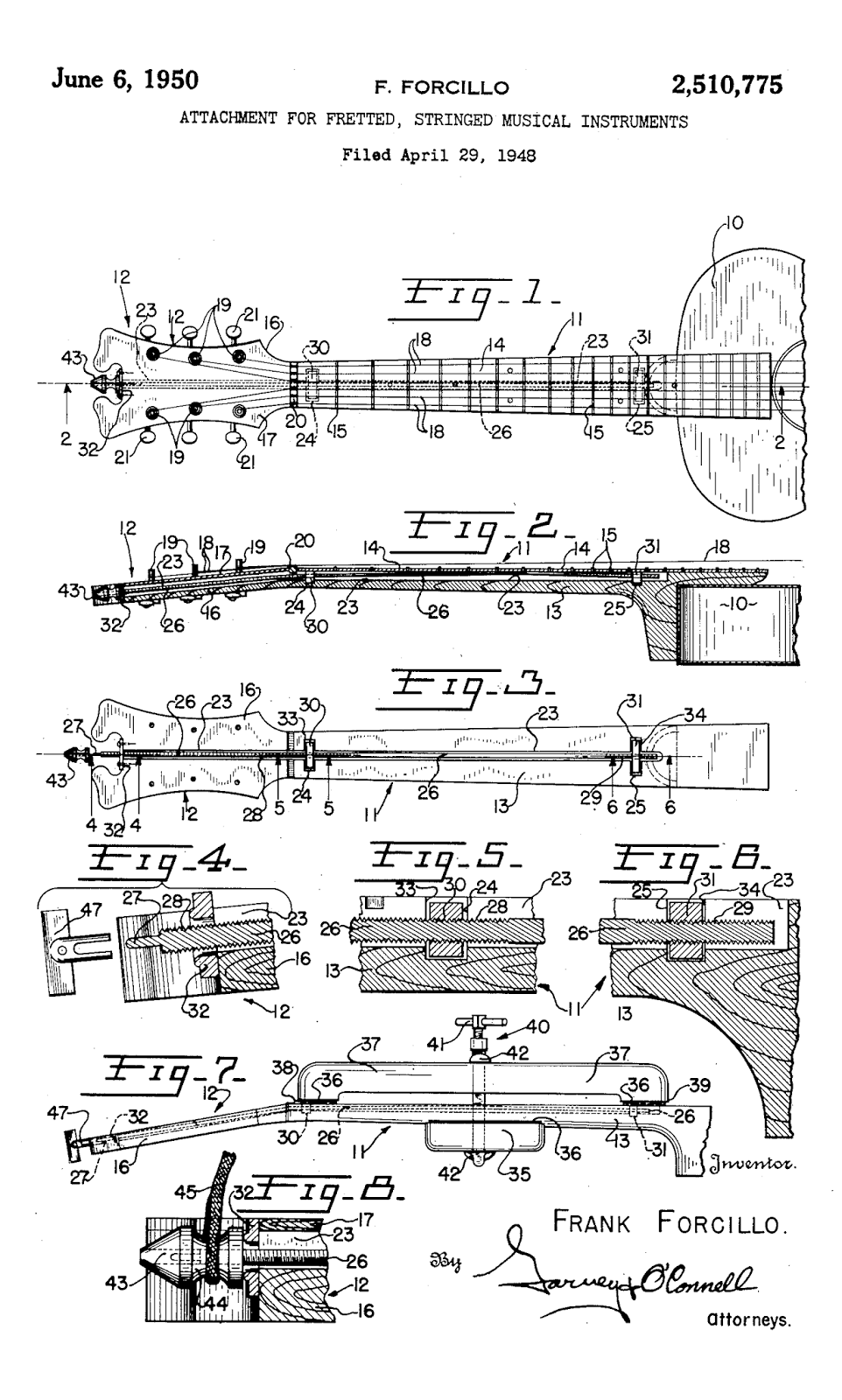 1948 was also the year that Gibson, who had recently emerged from the industrial chaos of World War II as the guitar industry leader, introduced a 2-pickup version of their ES-350 guitar. This guitar was the first mass-produced 2-pickup cutaway guitar created solely for use as an electric instrument and re-set the standard for what an electric guitar was. Gibson's one-time biggest rival, the Manhattan-based Epiphone, introduced a competing but ultimately unsuccessful model within a year. B League champs Gretsch over in Brooklyn introduced their similarly-styled Electro II by 1951 and by decade's end parlayed the configuration into several fairly successful models.

At this point of time (or very close to it at least) the Forcillo Guitar enters into the picture. An educated guess would put this particular guitar in right around this time period. Some of the details in addition to the aforementioned finial include Waverly open-back tuners and matching tailpiece, as well as a headstock shape and neck design that is very similar to contemporaneous D'Angelicos. The pickups are something of a mystery. Perhaps they are manufactured by Franz/Fransch/Fransche, another small New York are shop that provided pickups most notably for Guild guitars while that guitar-maker was in New York and later New Jersey.

Beyond the above, very little is currently known about Forcillo and United and even less than the instrument. The seller shared that it was purchased by his father in New York some time around 1953 and continued to use it for years in jazz and society bands. There was some vague memory of it being a fairly expensive purchase at the time, but the other details are long lost. Of course I would love to hear from anyone who knows more about any of these topics. Please use the comments section below or email me direct. I will update this post as I discover and verify more information.

Footnote: both D'Angelico and Guild continued to have connections to Forcillo's United Guitars throughout the 1950s. When John D'Angelico finally caved into pressure to make "electric" guitars he chose not to make the bodies, but rather purchased laminate-top bodies from Forcillo's United company. John would then make the neck and complete the guitars - again using Franz pickups for the most part. Obviously they remained on good terms. According to Hans Moust's excellent and highly recommended The Guild Guitar Book, in the early years Guild used craftsmen from Code Guitars in New Jersey to finish their instruments. Many references to United Guitars make reference to Code in the same breath. The connection has yet to be fully explained but it is worth mentioning here. It should also be noted that the finish on this Forcillo guitar looks very similar to the finishes Guild used during it's first year or so (1953-1954). 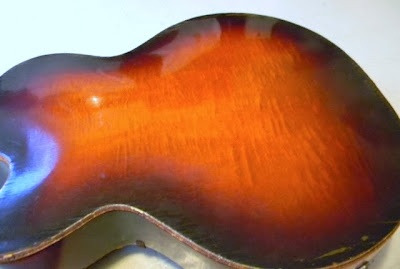 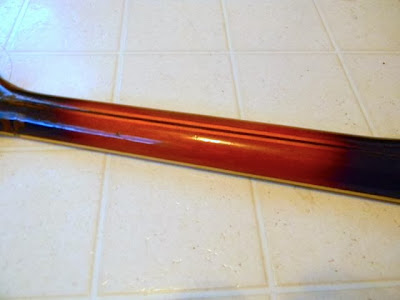 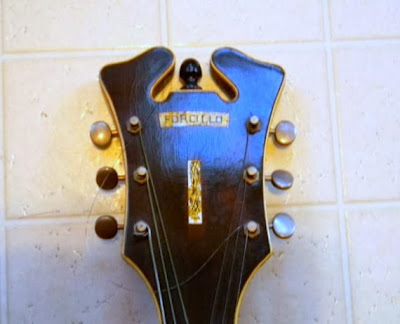 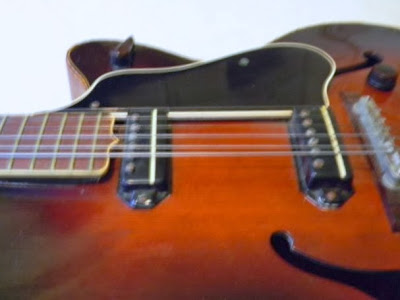 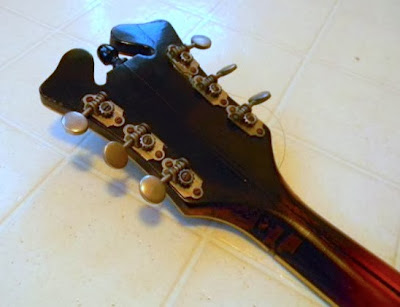 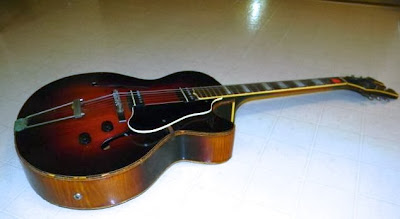 A full two decades before film director Nicholas Ray was in his celluloid ascent - reaching a peak with 1955's Rebel Without a Cause - and long before Jean-Luc Godard declared that Ray indeed was cinema, the latter-day legend was just embarking on an artistic journey that eventually would lead him to the modern medium of film. This journey had some unlikely twists and turns, not the least of which was a year spent as an apprentice to famed architect Frank Lloyd Wright. 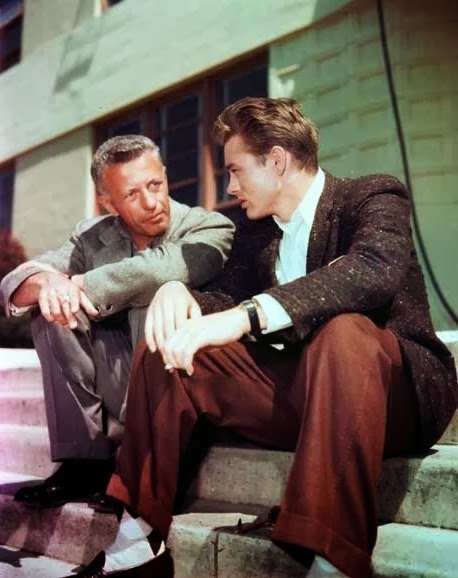 Ray, later known as Nick to most of his West Coast friends and acquaintances, was born on August 7, 1911 in Galesville, Wisconsin with the given name of Raymond Nicholas Kienzle. 3 months earlier in Spring Green, 100 miles southwest of Ray's birthplace, the maestro Frank Lloyd Wright began work on his own personal residence and workplace. This came to be known as Taliesin, a Welsh word which in rough translation means shining brow and refers to Wright placing the structure on the top or brow of a hill. Wright was in transition, having recently returned from nearly a year in Europe which had marked the end of what was later called his Prairie Period. 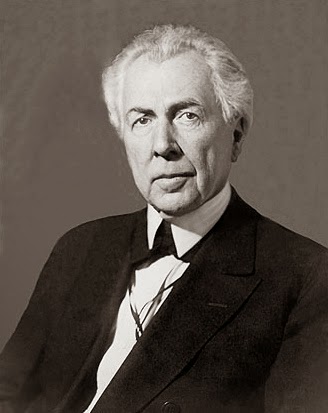 As a youth, Ray was an uneven student seemingly distracted by the big city delights of Chicago, where he spent much of his formative years. He returned to Wisconsin for his senior year in high school and showed a strong affinity for and ability in public speaking, English, and drama. Two years in a state college was followed by a tumultuous semester at the University of Chicago in the fall of 1931, after which he left for New York City to study theater. However the connections made in Chicago precipitated Ray joining the inaugural fellowship of Frank Lloyd Wright at Taliesin in 1932, some time after the two crossed paths again during an event at Columbia University.

Contrary to many claims and by his own account, Ray spent a year under Wright's tutelage. The concept of the Fellowship was that Wright felt only by living and working with apprentices around the clock could the understand his concepts and ideas. As a social experiment, it was quite interesting. Members of the Fellowship not only actively executed ideas on Taliesin itself (the buildings there in a state of constant change), but worked as draughtsmen, farmhands, and domestics on the property. Living was for the most part communal. One suspects that the strict rigors of life at Taliesin did not sit well with the restless Ray, but many have commented that a political rift between Wright, a strong believer in the power of democracy, and his more radical-leaning protege was the cause of the latter's return to New York, which would eventually lead him to Hollywood and the world of film-making. 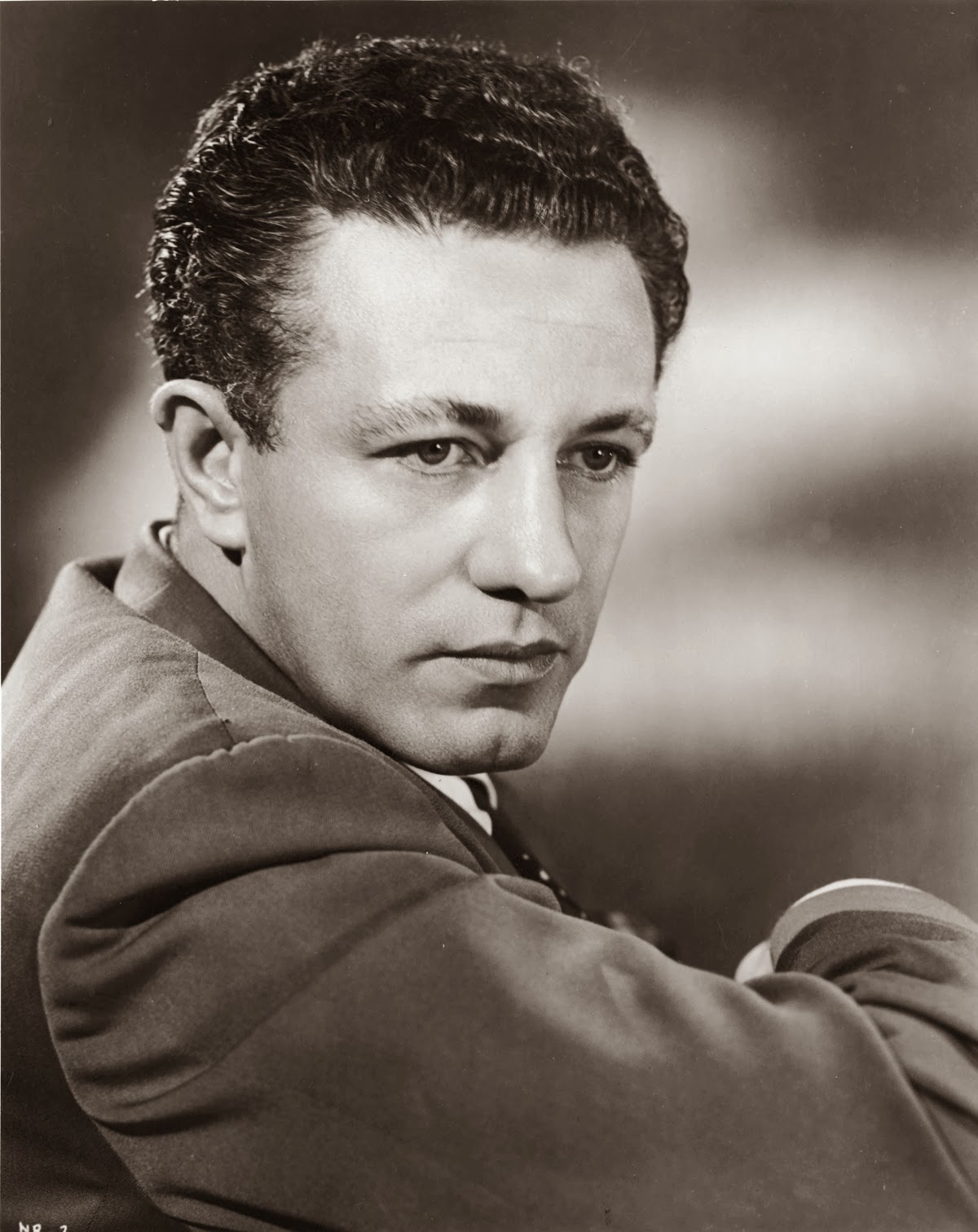 However, the year spent with Frank Lloyd Wright would prove to have a tremendous impact on the artistic eye of Nicholas Ray. 34 years after his death, Ray's widow Susan stressed the importance of the period in an interview, citing the nature of the Fellowship as shaping Ray's ideal work methods, as well as the very idea that architecture (and film in Ray's) provided a framework for the arts. Ray himself professed that his love of what he called the vertical line was due to his time with Wright and attributed his fondness for Cinescope to an extension of that love. 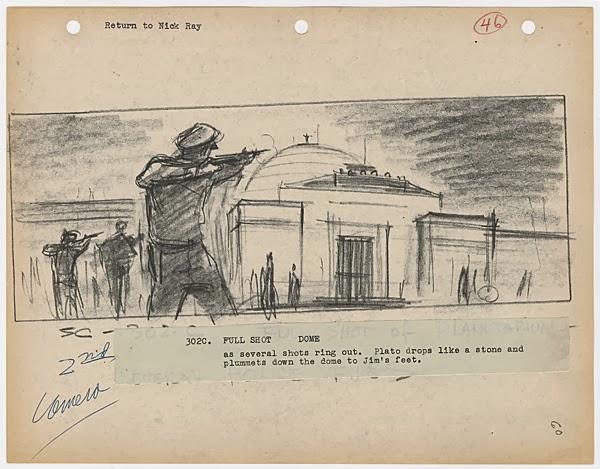 Storyboard, Rebel Without a Cause, Nicholas Ray, 1955

An interesting footnote: the 2003 DVD release of Ray's masterful In a Lonely Place, made for Humphrey Bogart's Santana Productions, features a short film extra in which director Curtis Hanson sings Ray's praises and calls out some of the architectural elements in the film - citing the Frank Lloyd Wright period. Hanson, of course, directed 1997's L.A. Confidential a neo-noir film based on James Ellroy's novel. One of the buildings prominently featured in the film is the Lovell House designed around 1927 by Richard Neutra. Neutra had only recently moved the United States and one of his first employers before moving to California was Frank Lloyd Wright. The Lovell House is just 2 miles down the hill from the Griffith Park Observatory which is perhaps the most well-know location used in Ray's Rebel Without a Cause.
Posted by Nick Rossi at 4:19 PM No comments: