A few days ago, on on May 20, 2011, Levi Strauss & Company celebrated the 138 anniversary of being awarded United States Patent Number 139, 121. This "Improvement in Fastening Pocket-Openings" is widely heralded as the birth of blue jeans, not only an American classic if there ever was one, but also a clothing icon. 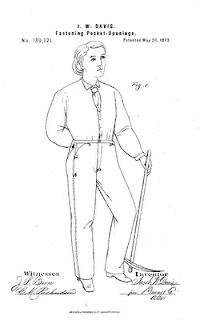 Contrary to latter-day publicity materials, San Francisco-based Strauss missed the California Gold Rush, but he most certainly sold garments to prospectors and beyond once production was active in the 1870s. For several decades, "Levis" (as we tend to call them now) were the provenance of West Coast workers from ranches to factories. But gradually, exposure to the garment grew. For example, the 1915 Panama Pacific International Exposition featured a hall where Levi's employees actively created garments. 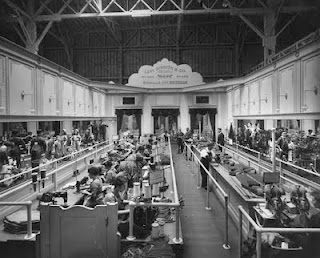 In the 1930s, with Westerns riding high in the box office, the Dude Ranch fad/craze brought many Easterners in direct contact with genuine cowboys. What could be a better souvenir than a pair of the denim trousers that nearly every ranch-hand worth his boots could be seen wearing? The 1940s then saw an influx of folks of all classes, creeds, and colors into San Francisco, the greater Bay Area, and California thanks to both the armed forces as well as the war production effort. By the end of the Second World War, it is safe to say that Levi's were fairly well-known, if not well on their way to becoming ensconced in the cultural consciousness. 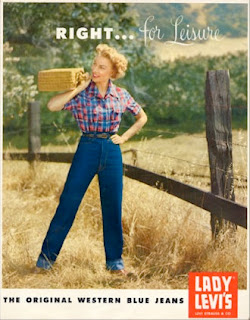 I celebrated Levi's achievement early this year by purchasing a brand new pair of Levi's Vintage Clothing line's 1947 501XX Selvedge Jeans at one of my favorite local merchants, Unionmade. Perhaps somewhat prohibitively pricey, they are impeccably and accurately fashioned after the surprisingly slim and modern cut of the 1947 501s. It would seem, by any measure, that Levi's Strauss & Company have firmly re-established themselves on the competitive (if not slightly overcrowded) premium denim scene. 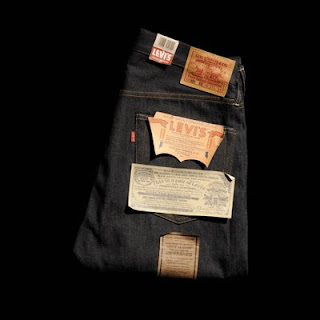 Apart from what the attention to detail, two major things struck me about these particular reissues. First, they are made in the United States. And by made I mean: milled, cut, and sewn here in the United States. In fact, with a little research it turns out the cutting and sewing for these as well as some less pricey items from their regular line (such as 501s and 505s) are being cut and sewn in Los Angeles. Yes, that's right. Back in California after several decades in other states and countries!
But most impressive is the quality of the denim. It's quite simply some of the nicest I have ever come in contact with. It looks right. It feels right. And that's because it IS right! It turns out Levi's has been using Cone Denim from North Carolina. And not just any denim from Cone, but their premium White Oak denim that features unmistakeable narrow selvedge courtesy of original vintage shuttle looms. What more is that the White Oak Plant has been producing denim since 1905, which surely must be some sort of record. Compound this with the fact that the White Oak Mill has been supplying Levi's with denim since 1915 results in a pair of jeans that really are something special.
Herein lies a huge appeal to me. In so many ways a historic reissue is, by design, a period piece. But considering the source of the fabric and the continuum of its history, this is transcended in a no small way. And at the end of the day, the garment is still a piece of work wear more akin to other modern functional classics such as an Eames molded plastic chair rather than a museum treasure or mantlepiece.
Here's a brief video that focuses on another one of White Oak's customers, Raleigh Denim, but it does have some very cool images of the plants and the looms in action. Here's hoping those looms keep moving another 106 years!