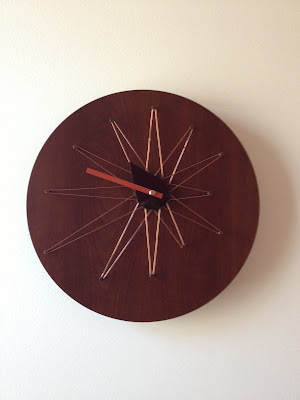 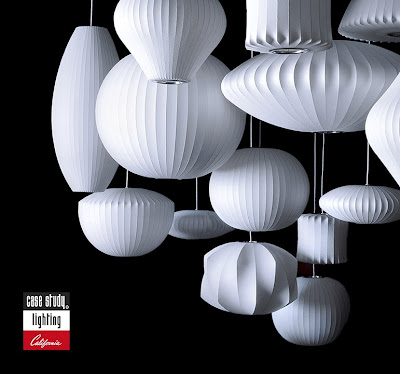 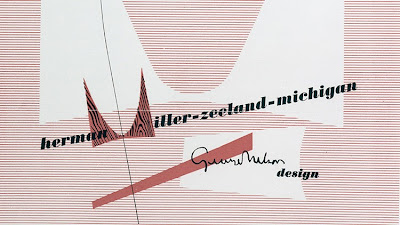 
For further reading, I highly recommend this article as well as this one.
Posted by Nick Rossi at 5:17 PM 2 comments: 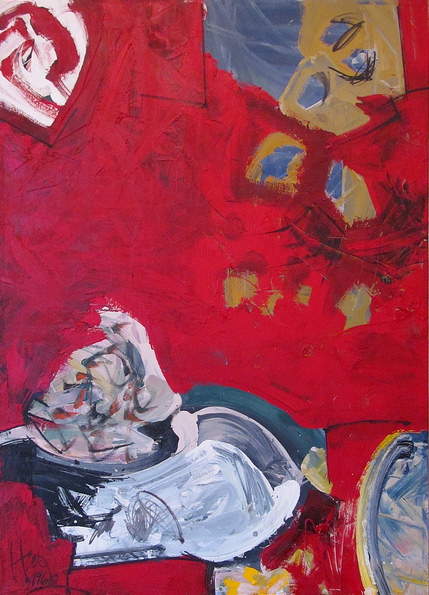 I have often been asked why I like 20th Century abstract art. The phrasing of the questions have ranged from speculation on whether or not the questioner's child or grandchild could have easily done the same thing to something along the lines of I just don't get it. In truth, I cannot simply explain my attraction to abstract art both of and influenced by this period, so I thought I would muse on that notion a bit.

My first art appreciation course was not until my second or third semester of college here in San Francisco. It was a fairly pedestrian course, one which covered all of the hits and a handful of misses. As a side note: I recall the end of term project that I created for this class: a piece of assemblage, which I white-washed with tempura paint, so I was already showing my colors so to speak. By this time, I had already been exposed to a few minor abstract works via 12-inch LP covers, having got hip to jazz records in high school. Another influence, no doubt, was psychedelic art of the 1960s, something that I spent no meager amount of time digging deep into during my high school and college years. The sum total was that abstract works just captured my interest and imagination more than any other form of visual art - save perhaps architecture and design. So I did which I so often do when something piques my interest, I dug deeper and deeper until I found the good stuff. 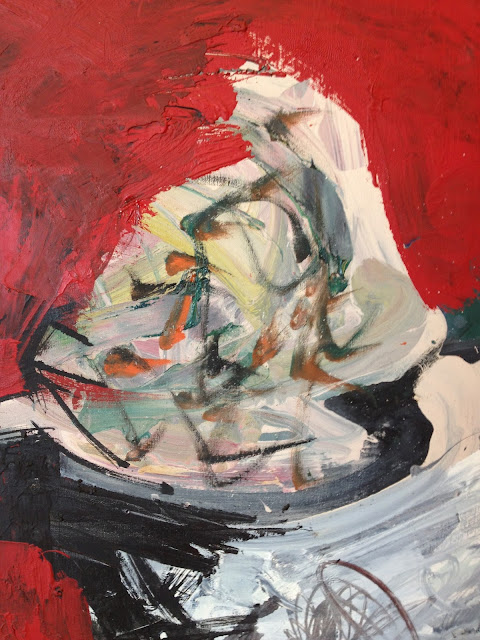 Of course, no exploration of abstract art tunnels too far away from the New York School of the 1940s and 1950s, but living here in San Francisco, I am fortunate to have access to many of the fruits of the Bay Area School from roughly the same time period. Between the local works and visit to the Guggenheim and MOMA on East Coast trips, I have managed to see a fairly broad survey of modernist art from the last Century. I have my favorites, such as Franz Kline, but it's always exciting to be exposed to an exhibition such as the recent Richard Diebenkorn exhibit that I mentioned a few weeks ago. 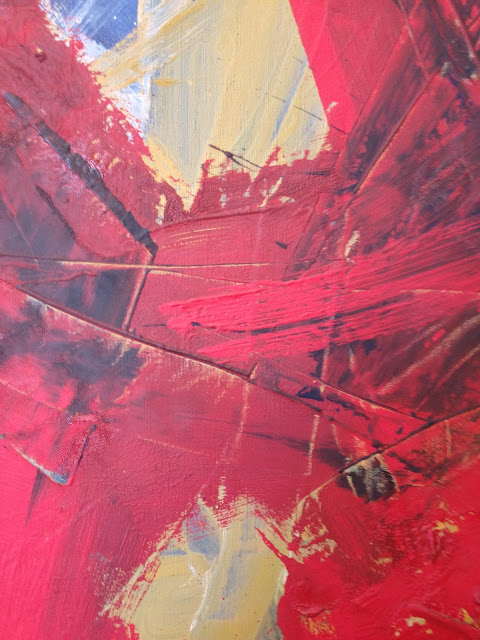 Back to the question of why. From an intellectual point of view, I have come to the opinion that figurative painting - for the most part - became less and less relevant as media such as photography, film, and video gained more and more traction. Surely the skill of the great masters is something to still admire, but I think it is important to note that those paintings are often the only visual records of those times. As the means to visually document the world around us have become more and more accessible and prevalent, it seems only natural to me that and older medium such as painting be used in a different manner. Of course that I have long been interested in some many other aspects of post-World War II culture certainly has resulted in a certain predisposition. Most certainly. But I think this has been a case where bias has been a virtue, in that I don't seem to have the aversion to this style of art that a lot of people exhibit. 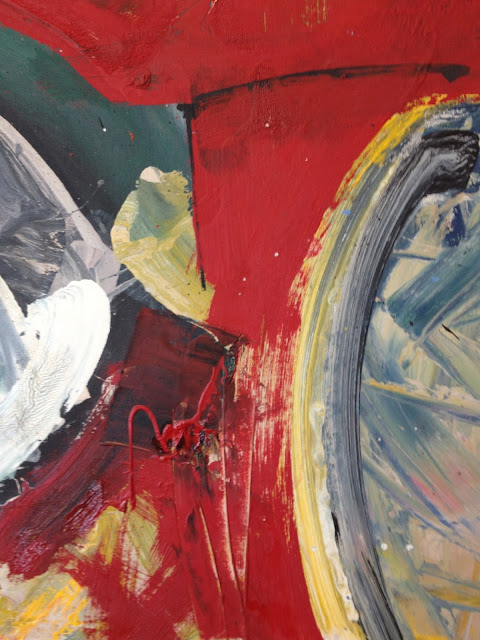 From a emotional point of view, I find abstract art captivating on a many levels - particularly when I am able to see a painting in person. In the works that have captivated me most, I have typically found a depth - in the colors, in the textures, in the movement - that just stimulates something in my brain and emotions. I don't look at them as Rorschach tests. I've ceased to look at them for meaning. But rather I have come to just experience them for what they are. And, yes, a good abstract painting can be similar in some ways to a good jazz performance in that it is a mix of skilled tradition and personal improvisation. So as my life as a jazz musician has been become more and more important, perhaps my affinity to abstract art and abstract expressionism in particular has achieved parallel importance.

Note: the painting featured on this page is currently residing at the Cantor Arts Center on the Stanford University campus. Admission is free, so all you need to do it get your self there to see this one. The artist, Hassel Smith, is one of the many of that era whose love for jazz music was reflected in his work. Smith spent a significant amount of time in the San Francisco-Bay Area and was also an important early part of the Ferus Gallery scene in Los Angeles. His remarkable timeline can be found here.
Posted by Nick Rossi at 1:01 AM 2 comments: