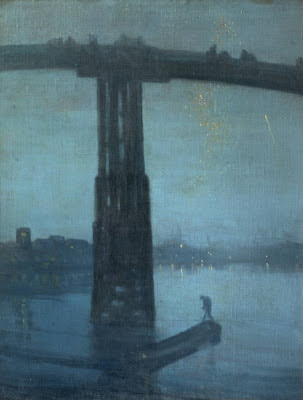 In 1876, American-born James McNeill Whistler was living London and had been doing so for the better part of a decade. He had left the United States in 1855 and spent the first few years living the life of a Bohemian in the Latin Quarter of Paris. It was in Paris that he was deeply influenced by the notion of modern art, not only the visual arts such as Impressionism but by other trends in literature and music, as well as the relationships between all 3. He then moved to London, back to Paris, and then briefly to Chile, before settling back into London. While in Chile that he painted the first in a series of what he called moonlights later re-cast as nocturnes, copping a musical term from one of his patrons. In 1876 that he exhibited the above Nocturne: Blue and Gold - Old Battersea Bridge (currently in the collection of the Tate in London). 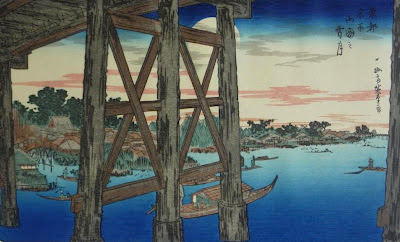 The painting is notable for a couple of reasons. First, in addition to the French influence, art critics and historians have made the case that Whistler was influenced by Japanese woodblock artists during this time and more specifically by a Hiroshige work, Moonlight on Ryogoku Bridge, created forty-some-odd years earlier. Secondly, the Whistler work was the subject of a large degree of criticism at the time including that of well-known art critic John Ruskin who ended up in a court battle with Whistler under charges of libel. Whistler won the case, although his award amounted to 1 farthing. 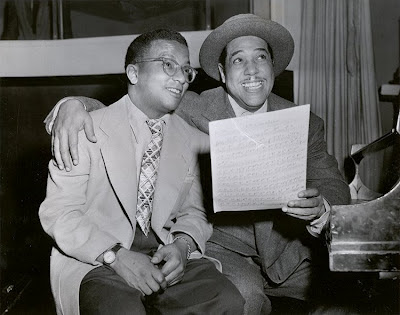 Seventy years later and back in the United States, bandleader Duke Ellington was posed with a repertoire problem. ASCAP had substantially increased its license fees in 1939, which resulted in the creation of BMI in 1940 by the National Association of Broadcasters. Radio was key to the success of any band of the day and Ellington quickly surmised that if the major radio stations refused to play music published by ASCAP (which was the practical upshot of the situation), he would need a whole new band book of BMI-published material. To this end he brought his son Mercer and Billy Strayhorn, to Los Angeles for a massive effort to re-build the band book. Neither were affiliated with ASCAP, so were able to provide the clean slate material. This also coincided with what many critics consider to be his finest band, the so-called Blanton-Webster band. The issue was eventually resolved by the Federal court system in 1941, but not before Ellington's Famous Orchestra went through something of a musical transition. To make this time period even more tidy for historians, it signaled Duke's return to RCA Victor Records and the end of his longtime romantic and songwriting relationships. A new day indeed. 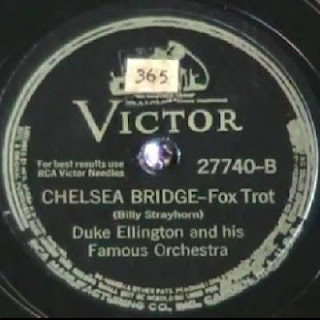 The results of the songwriting sessions were staggering: Passion Flower, A Flower is a Lovesome Thing, Take The A Train, to name but 3. Chelsea Bridge was another. The Billy Strayhorn composition is just beautiful, it's age-old comparisons to the work of Claude Debussy not only accurate but apt. To call it an impressionistic piece might be a bit lazy, but certainly justified particularly with the chords Strayhorn uses on the A sections. To put it in simple terms, the slight dissonance gives the song a hazy and uncertain feel, particularly at the slower tempo. Not really unsettling, just a little ambiguous - but beautiful. As it turns out, the very erudite Strayhorn's inspiration turned out to be Whistler's Nocturne: Blue and Gold - Old Battersea Bridge (that's Chelsea Church on the left far shore in the painting). 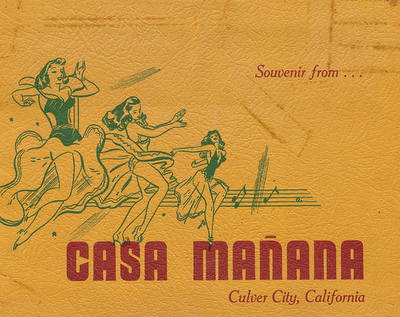 Chelsea Bridge debuted with the orchestra some time in early 1941 as evidenced by Ellington's radio broadcasts from the swing-era stalwart Casa Manana, located in the LA suburb of Culver City. The number remained in the book throughout the year, with Ellington recording it in September both at a Standard Radio Transcription session and at a commerical Victor record session (again, both in LA). He returned to the piece on December 2nd when he took his orchestra into RCA's Hollywood Studios to record it along with another Strayhorn composition, Raincheck, plus 2 others. It was this recording, featuring Ben Webster on tenor sax, that was the released master recording.

The song found favor with hip ears and was recorded several times from the 1950s onward by the likes of Gerry Mulligan, the (original) Vince Guaraldi Trio, and Ella Fitzgerald. Webster kept is as part of his featured repertoire for the remainder of his life. But perhaps the most notable post-Ellington recording of the composition was made by its creator. Billy Strayhorn, almost 6 years before his untimely death at the age of 51, recorded a solo piano version in May of 1961 during a brief stay in Paris - where it arguably all began for Whistler a century earlier.