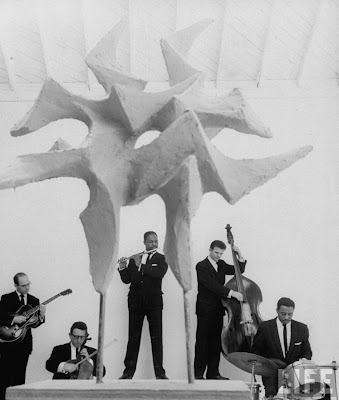 What this administration needs is a series of great posters with great graphic design. And I mean, like quick! 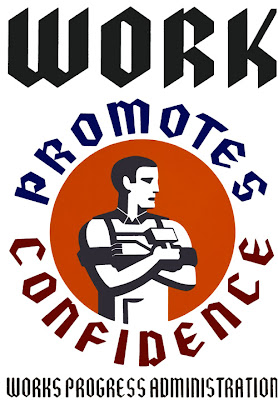 Posted by Nick Rossi at 4:56 PM No comments:

I thought I would share a couple of interesting "outsider" perspectives on the state of the States, as it were. I use the parenthetical term outsider only because I honestly feel that our fates as human beings are more and more intertwined as the world truly gets smaller and smaller with the passing days.

The first comment comes from a good friend (UK born/bred) who I met while he was living here in San Francisco (only mentioned as I think it gives him a little inside perpective as well). It's an interesting perspective coming from someone who until just recently was living and involved with business at a fairly high-level in the United States. He is now living in France and is able to look at things from yet another angle.

The prospect of unemployment in this country has never been good (yes, I have been unemployed, several times). For all of the historical rhetoric on what makes this country great, taking care of it's own has never been it's strong suit. For centuries with only a couple of side-steps, the USA has existed as and perpetuated an unapologetic, often aggressive free-market capitalist system. Until recently history books and much of the world (despite what one might think) have been very kind to that system. But I think what we have seen not only with the recent crash and burn of the US economy but as early as the beginning of the most recent Presidential campaign, was a large-scale grass-roots challenge to the way things have been done for most of our lifetimes. I found in Obama' campaign rhetoric (and in many other candidates including people like John Edwards) a desire to move away from the "greed is good" axiom that has shaped much of the US policy, both domestic and foreign. Sure, it took Oliver Stone (yes, a rare doff of my cap to him) and Stanley Weiser to articulate it in a pop sound-bite manner - but it does capture the essence of the system in a concise way I have never heard bettered.

My hope is that the ground-swell of progressive thought that so many of us have been caught up as of late will not only actualize some of the proto-Socialist dreams of our youth, but will truly challenge the axiom of greed in a manner that is long over-due here. Hold on. I just menioned hopes and dreams in the same sentence. I should move on.

The second comment comes from one of the BBC's US correspondents/bloggers. For years, my version of reading the morning paper was having my home page set to the BBC. It was a way to look in from the outside. I hadn't been on the Beeb's newspage in a while (it's the NY Times these day for me), but just happened across it earlier this week. The header caught my eye. After a youthful appreciation of the English Romantic poets (Lord Byron's biography, John Keats poetry, Samuel Taylor Coleridge's connection to Iron Maiden, et al), I have long considered somewhat in the Romantic tradition. What I mean is that I do believe people are good at the core - or at least born as such. The negativity that deforms and degrades is the product of the environment in my belief: corruption, misfortune, ignorance, pain. This belief also led to my being labeled a "heretic" by a lay professor in Catholic college and contributed towards current religious beliefs - but, again, I digress...

"Ozymandias" is a poem that has stayed with me for years. I instantly recalled it sentiment and drew a mental connection between Percy Bysshe Shelly's 1817 sonnet (reportedly inspired by a visit to the British Museum) and the speeches posted on the Beeb from both President Obama and ex-Governor Bush. I strongly encourage you to read the full text of the sonnet and then listen to/read the speeches in succession. The progression from Bush to Obama is astounding - although Shelley's image of the boundless and bare sands remains the most powerful.
Posted by Nick Rossi at 9:37 AM No comments: