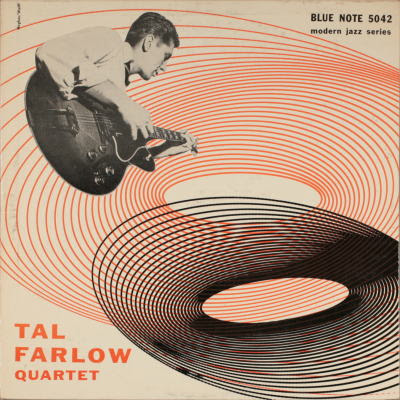 In previous entries on this weblog, I have detailed the early contributions of both John Hermansader and Gil Mellé to the design canon of Blue Note Records. Both preceded the deservedly legendary Reid Miles and were featured prominently during the 10-inch long playing record era. Our subject today is another name from that same time period, one that crops up only on a very rare few discs and one whose story remains open-ended. The name Hughes first caught my eye as a credit on Tal Farlow's stylistically striking debut disc sleeve from 1954. Contrasting a Francis Wolff session photo of one of the most remarkable bop electric guitarist to emerge from that era, is a pair of geometric images not to far off from the Bass/Whitney opening sequence to Alfred Hitchcock's Vertigo (although that was to come a few more years down the road). 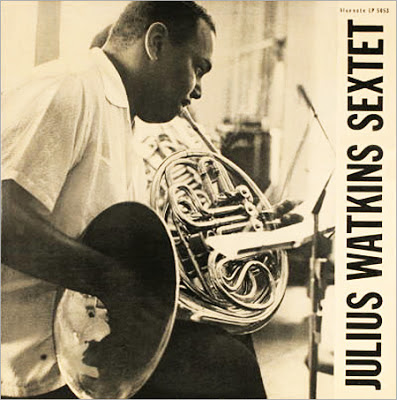 The The Farlow sleeve is the first of only 3 Blue Note LPs whose design credit is given to Hughes...Bill Hughes to be correct. All 3 are 10-inchers and share a certainly level of minimalism that provide a contrast to the other design ideas utilized by Alfred Lion during his label's adolescence. The discs in question were all released within the same calendar year, which of course begs more questions. Unfortunately in this case, there are not a lot of answers. 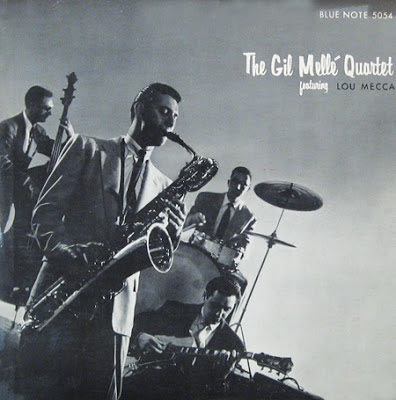 Another clue lies in the third disc design credited to Hughes. Thanks to the subsequent anothology of Mellé's Blue Note output, we have learned that Hughes was also (or perhaps primarily?) a photographer and that he was responsible for taking the photo that graces BN 5054's sleeve. Shot in the same year of 1954 at a Town Hall concert, it remains one of the few photos of Mellé much more so one of few photos of him performing live. 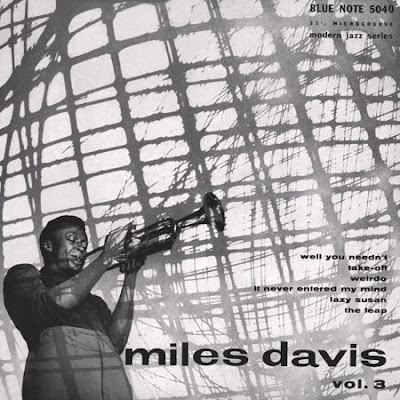 But I propose that perhaps Hughes contributions to the label did not end there. There are a few releases around this time that lack contemporaneous credits of any sort. The first example is third 10-inch volume by Miles Davis, cut and released near the beginning of his first "rebirth" of sorts. Only 2 releases earlier than the Farlow disc, it bears some notable similarities to the latter - particularly with the Wolff session photo contrasted to a geometric-based background. I suspect (and this is pure speculation, of course) that Hughes was responsible for the design in this case as well. 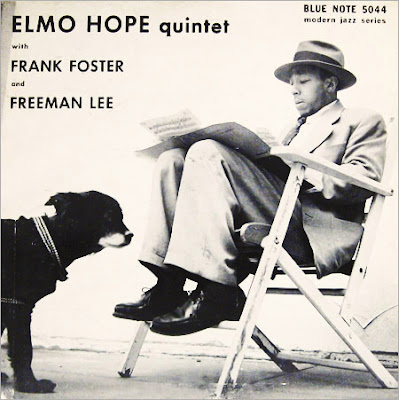 Another Hughes-design candidate comes a couple issues after the Farlow disc in the catalog. New York-born pianist Elmo Hope's second Blue Note LP features another stark, minimalistic design not too far off from Hughes second and third credited contributions to the label. It's a further stretch than the Davis disc, but should at least be a suspect in this case. Regardless, Blue Note Records was clearly a growing enterprise at this stage. Not only were they experimenting with their roster of musicians and where the music was recorded, but they were working from an impressive pool of graphic designers. All of this contributed to an exciting flash in time. While perhaps less stylistically unified as the "classic" late-'50 through mid-'60s time span that many (if not most) think of when they hear the phrase Blue Note, this time period showed a high degree of experimentation both aurally and visually. 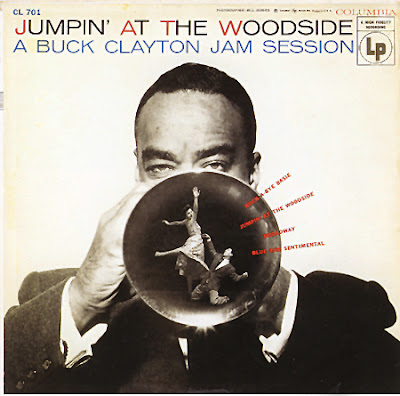 But the Hughes story ends there for the most part. Unfortunately, in this overly-informed age the Hughes story seems to have slipped through the cracks...for now, at least. His name does crop back up a year later on a sleeve photo credit for Columbia Records, but there is very little evidence elsewhere that gives much plot to the Bill Hughes graphic designer and  photographer story. It is my sincere hope that today's entry changes that and I look forward to reader contributions that pick up this thread.
Posted by Nick Rossi at 3:33 AM