Native New Yorker Gil Mellé has a very interesting role in the history of 20th Century American music. As a composer and instrumentalist he is responsible for some of most thoroughly modern music released on Blue Note Records in the early 1950s. As an amateur sound recordist and audiophile (before there was even such a term), he was the man responsible for re-introducing and securing the legendary sound engineer Rudy Van Gelder into the Blue Note fold. On top of all of this, he was also a visual artist, reportedly one whose art was shown in galleries in New York City in the 1950s. What can be substantiated is the album cover designs he created for both Blue Note and Prestige Records during this time. I've plundered the wonderful archives of the Birka Jazz Archives to collect the majority of Mellé's designs below. Be sure to also read Marc Meyer's JazzWax piece on the man as a musician, as well as Marc's follow-up post here. 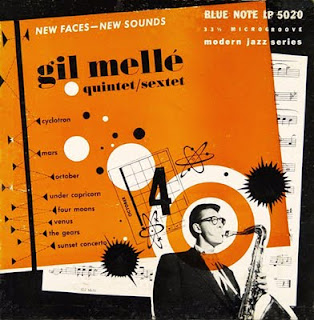 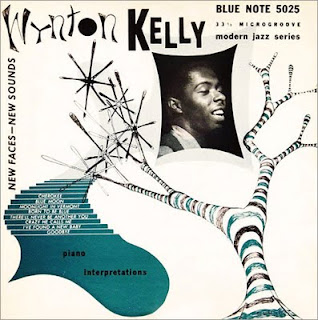 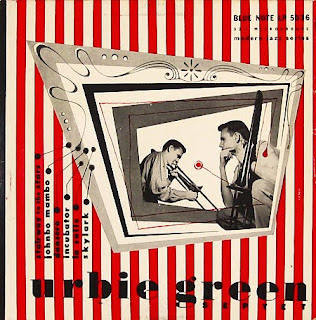 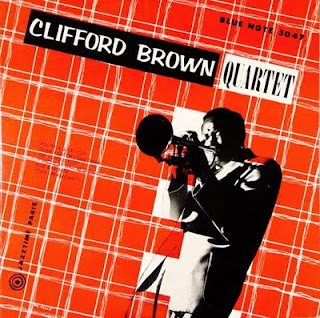 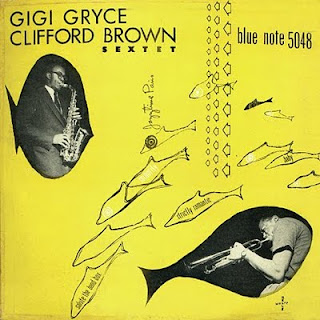 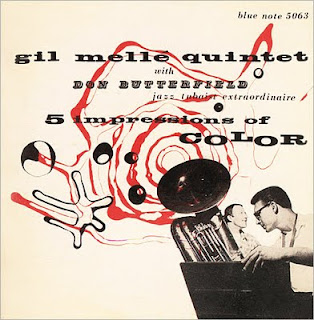 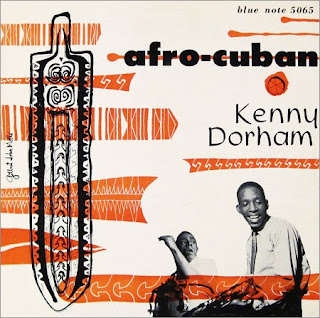 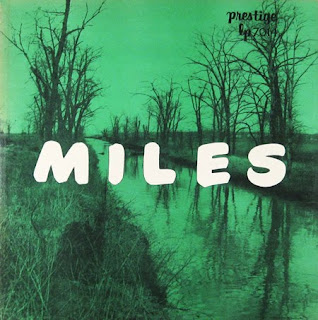 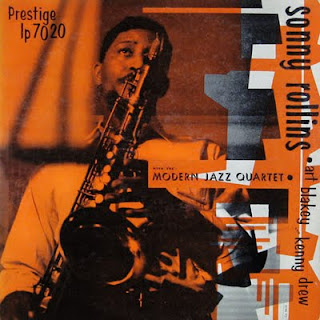 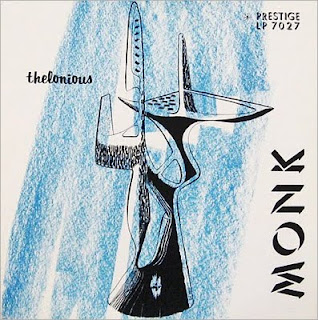 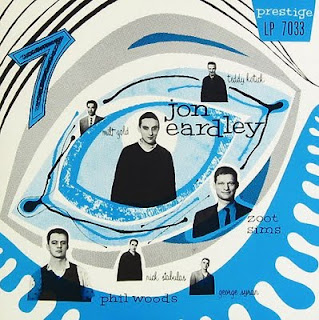 Side Note: the above Blue Note discs originally were released between 1953 and 1955 and were 10-inch Long Playing records. The Prestige platters were all released in 1956 in the newer 12-inch format. Both microgroove formats played at 33 1/3 revolutions per minute and were initially only available as monaural selections. RIAA guidelines of course applied.

Side-Side Note: for those of us that grew up in the television syndication age in the latter portion of the 20th century, might know Mellé for his intro theme to Rod Serling's Night Gallery.

Addendum (9/9/11): I found a couple more Mellé designs on another cover site. Enjoy. 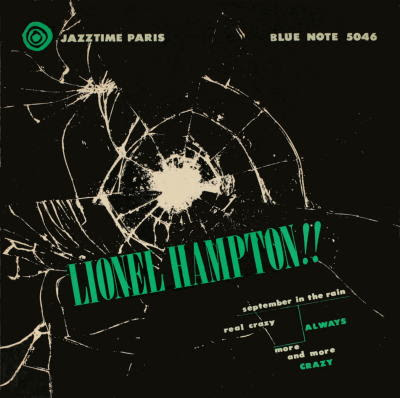 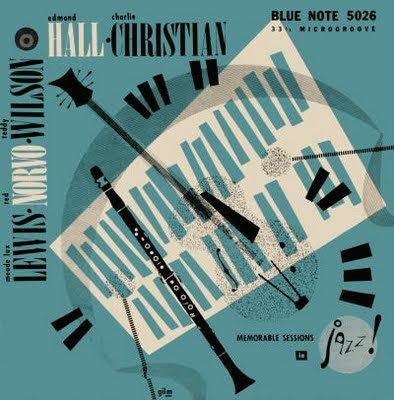 wow! these a gorgeous! i LOVE your blog!

Thanks for taking the time to comment and for your enthusiasm. I plan to do a couple of other spotlights on early Blue Note LP art. In addition to the iconic 12-inch sleeves that Reid Miles produced in the 1950s and 1960s there are some beautiful early 10-inch sleeves which rival his mastery in my humble opinion. Stay tuned!

We live now, it is claimed, in "post modern" times. Well so be it, but I suspect that is why more and more of us find attachment to what was "modern", relabelled as "retro" by style arbiters.
I'll take the optimism of the 50's and 60's over the moral and cultural relativism of the current decade anyday.
It's not nostalgia for some idylic past. Todays "Modern" can include reference to the past. It's no longer necessary to abandon it as superceded."Post-modern" is so last decade.

Thank you for your comments Andrew. Although not necessarily explicit in most of my blog posts, I strongly agree with your views on nostalgia and referencing the past. What I find of interest in my day-to-day life is picking up the threads that were perhaps set aside 40 or 50 years - set aside sometimes in the name of "progress" and often in the interest of money-making. I do feel one can continue in the tradition of modernism in contemporary times.

Thanks, I'm a fan of his music, but was curious about his visual art. Top notch! Any chance you've run across images of the work he exhibited in galleries?

Thank you Doug. I have yet to turn up any of Mellé's exhibited work. I have been looking though and will certainly post about it when I find something.

I recently found many useful information in your website especially this blog page. Among the lots of comments on your articles. Thanks for sharing. עיצוב לוגו

Thank you for the very interesting information! Another nice cover design done by Gil, that you might want to include in your blog page: Collaboration West, by Teddy Charles (Prestige/Original Jazz Classics)