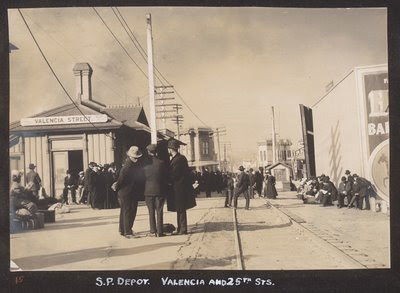 Thanks to a Mission Mission, I found out this very interesting bit about a Southern Pacific Railroad line that used to run through the Mission District. I know railway and light-rail lines once criss-crossed this City, but this is particularly interesting.

I walk past the Juri Commons "park" nearly every day (and twice a day at that). It has always been slightly baffling to me and I long suspected a MUNI railway line ran down it's corridor. But now I know better and a better man I am for knowing.
Posted by Nick Rossi at 11:34 AM No comments: 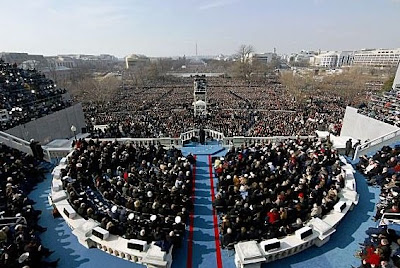 There been times that I thought I couldn't last for long
But now I think I'm able to carry on
It's been a long, a long time coming
But I know a change gonna come

Sam Cooke
Posted by Nick Rossi at 11:54 AM No comments:

No sooner did my brother hip me to this (thanks Tim!), then news hits the stands that Patrick McGoohan has passed away.

I undoubtedly first saw McGoohan on television some time in the late 1970s when I was a child. Perhaps it was The Man in the Iron Mask with Richard Chamberlin? I think so. At any rate, his intense visage and unique voice are ingrained deep in my memory. Like many others my age, I discovered his meisterwerk, The Prisoner, long after it's 1967 debut but was captivated by the serial. Much popular art from that highly vaunted year seems terribly dated now - and there are bits in The Prisoner which do place it firmly in a specific time and place - BUT overall it manages to be timeless on a lot of levels, not to mention enjoyable.

Today would have been Max Roach's 85th birthday. WKCR in New York is celebrating with 24 hours of his music. What else is there to say?