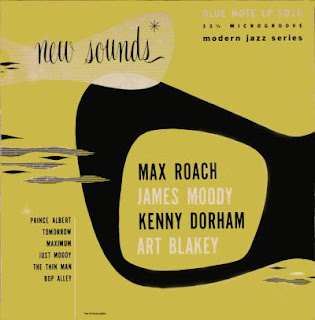 Graphic artist John Hermansader provides a direct link between early European modernist thought and a later mid-century icon of American modernism. Hermansader was born in 1916 near Reading, Pennsylvania. 3 years later Walter Gropius founded the Bauhaus in Weimar, Germany. Hermansader, probably in his late-teens or early-20s, went to Memphis to study design (possibly at the Memphis Academy of Arts). The Bauhaus moved to Dessau in 1925 and then to Berlin in 1932 before being closed due to political pressure from the German National Socialist Party. Hermansader continued his design studies at the New Bauhaus in Chicago, which was founded by ex-Bauhaus instructor László Moholy-Nagy in 1937 and existed for just a year before being reopened by Moholy-Nagy as the Chicago School of Design and eventually being incorporated as part of the Illinois Institute of Technology. 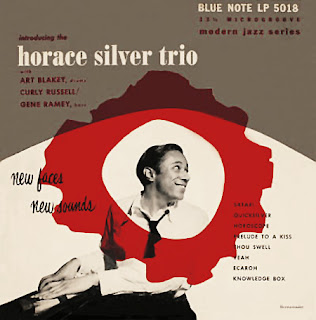 After his studies, Hermansader returned to the East Coast by the end of the 1930s. He established his own design firm in New York City sometime in the 1940s and continued fostering his interest in contemporary jazz music which had reached back for some time. Through his friend and fellow designer Paul Bacon, he was introduced to the fold of the burgeoning Blue Note Records outfit. With the introduction of the 10-inch vinyl LP in 1948 and the accompanying need for sleeve design, Blue Note was faced with the challenge of how to present their catalog of music in a competitive and original manner. The first Blue Note microgroove 10-inch LPs were released in 1951 with striking, extremely modern covers by Bacon. Hermansader contributed his first designs to the "modern jazz series" in 1953 and was associated with the record label for the next 2 years. 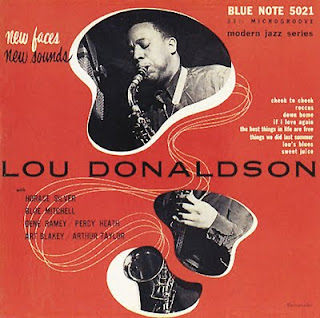 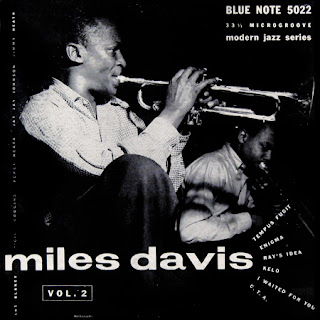 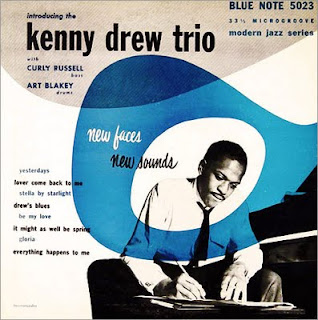 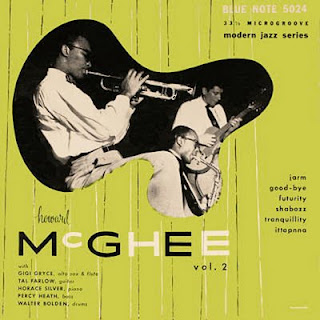 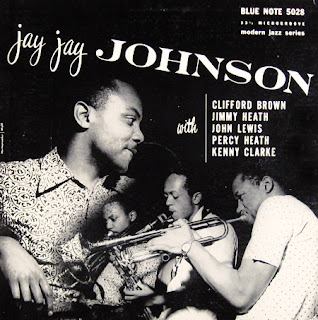 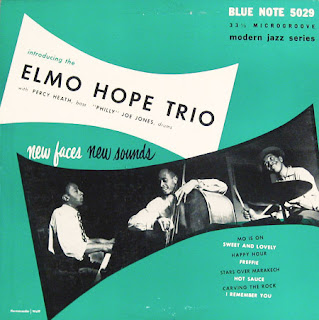 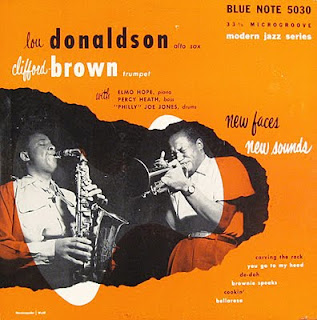 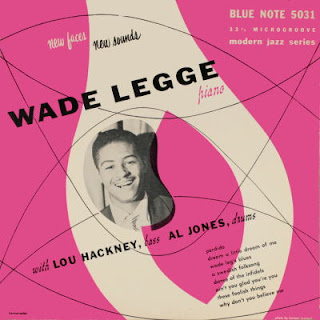 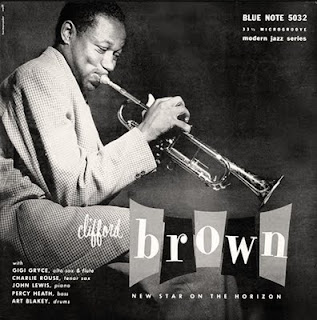 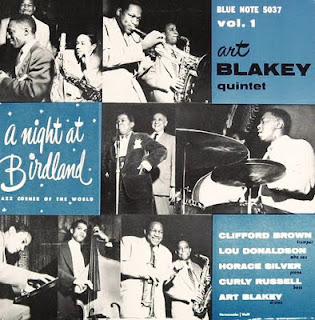 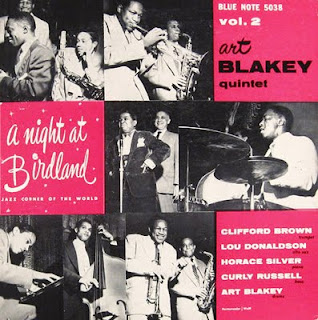 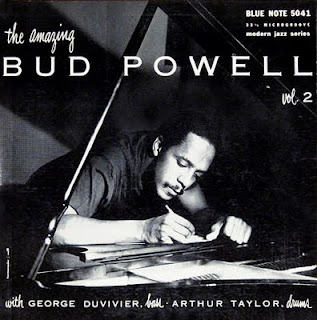 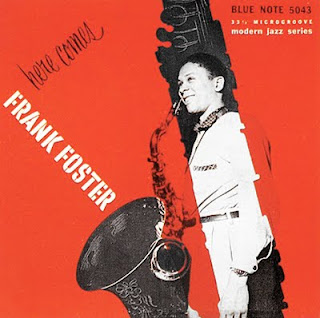 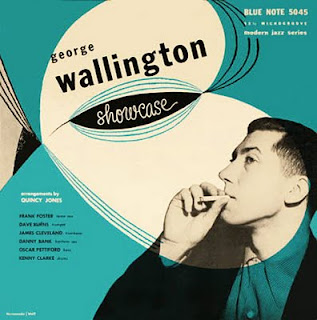 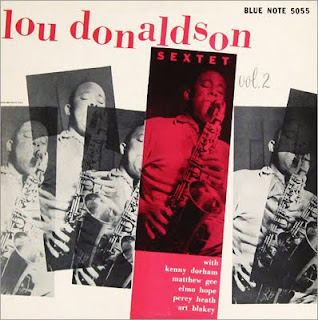 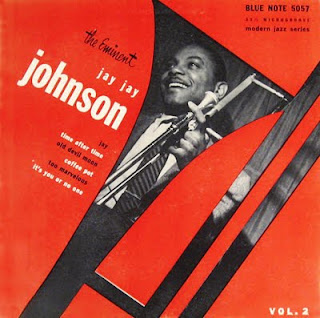 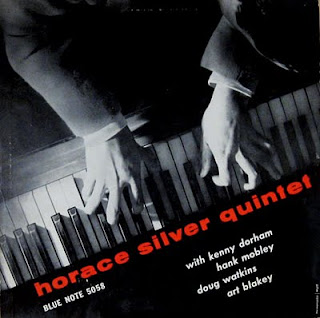 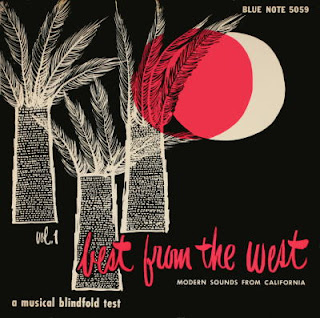 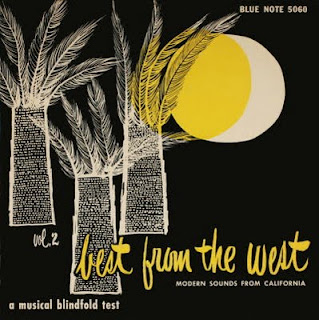 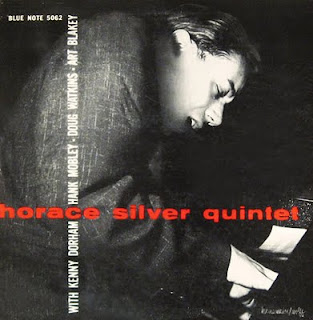 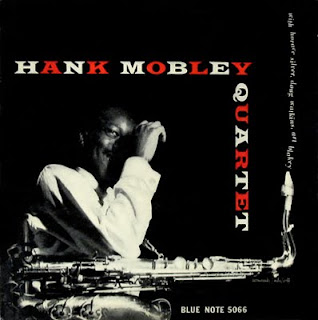 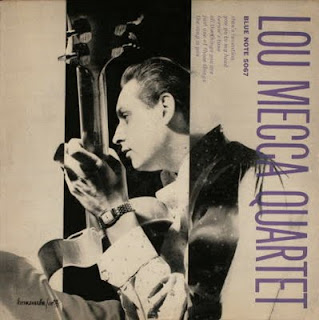 Blue Note shifted focus to 12-inch LP releases in 1955. By this time, a young designer named Reid Miles had taken a position with Hermansader's firm as the latter's assistant. While it is quite possible that Miles contributed to some of the 10-inch LP designs credited to Hermansader (a fairly common practice in the design world), he almost certainly had a significant contribution to the first 12-inch LP designs that bore Hermansader's credit. 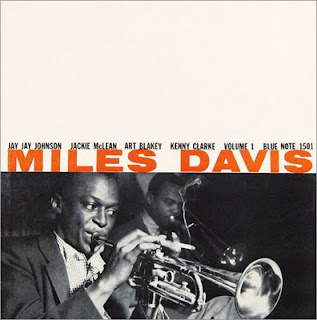 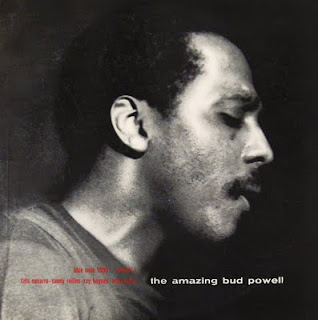 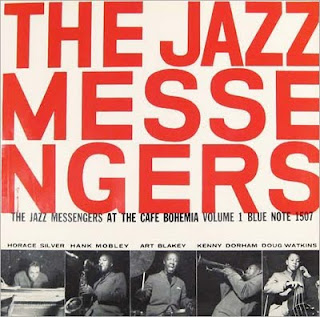 With these last designs, Hermansader ended his association with Blue Note and passed the torch to his Miles, who was hired directly by Alfred Lion at the label. Although Hermansader reportedly designed some LP covers for Riverside Records, his work in this field quickly tapered off. By most reports he lived an interesting a full life before passing away at the age of 89 on July 4, 2009.

More, please? Be sure to read my entry on musician and visual artist Gil Melle for more early Blue Note LP images.
Posted by Nick Rossi at 9:31 AM

Great post as usual! I'm surprised there hasn't been a book released on John Hermansader yet.

Or has Taschen done this already?

Thank you. Unfortunately, there is not a book available of Hermansader's work. I would love to see someone put out a collection of those early Blue Note 10-inch LP covers. The designs by Hermansader, Melle and Paul Bacon at times easily rival the later more widely celebrated covers by Reid Miles.

Beautiful post. The earlier 10" covers are underrated. As iconic as the later issues. I have a few of those 10" LPs and, just like the later releases, the whole package is a piece of art.

I agree wholeheartedly Tim. My only gripe with 10-inch LPs is the quality of the material they originally pressed with. Otherwise, they may have very well have been the "perfect" format in many ways.