Now I am one of the last people anyone would accuse of being a flag-waiver. That said, I am actually looking forward to Independence Day (a.k.a the Fourth of July) here in the United States this year. Why? Well, I've begun a few little annual traditions that I very much look forward to. The first is tuning into Columbia University WKCR 89.9 FM's annual Louis Armstrong Birthday Broadcast. 24 hours of Pops who used to like to give his birthdate as July 4th. Tune in: you can do so online. And if you do, consider pledging a little bit of money to help support their amazing programming. The second tradition is taking the missus to the Marin County Fair up in her hometown of San Rafael. Not only are the fairgrounds in the shadow of Frank Lloyd Wright's beautiful Marin County Civic Center (completed in 1962), but it has all the hallmarks of a classic County Fair: corn dogs, rickety thrill rides, livestock, you name it. Plus Marin is always a few degrees warmer than the City, which helps one feel the Summer vibe. As an added bonus, the Preservation Hall Jazz Band has performed on the main stage on July 4th for the past 2 years. Once we return to the  City we usually barbecue something on the grill and, if we are feeling so moved by the spirit, head up to a local vantage point to watch the fireworks - or as they are known to San Francisco residents, "brightly colored fog".


I like to end the day off by watching one of my all-time favorite jazz-related films, Bert Stern's Jazz on a Summer's Day. It's easily one of the best documents of jazz music yet to be recorded. Before I wax rhapsodic on the topic. Take a look at the trailer:

Jazz on a Summer's Day, trailer

If you have never seen this film, you need to. As soon as possible. If it's been a few years since you've seen this film, you need to see it again. If you just recently have seen this film - well, you get the idea. It's one of those snapshots of history that reveals more and more every time one revisits it. And is it just beautiful to experience. Director Stern was a photographer perhaps most famous for his June 1962 shots of Marilyn Monroe - her last photo session conducted just weeks before her death. The eye of a still photographer shifts the perspective of the film. Rather than a staid documentary or straight-forward concert film, Stern is looking for something else, something fleeting and as beautiful as the music. Shot over the Fourth of July weekend in Newport, Rhode Island at the 1958 Newport Jazz Festival and intercut with footage from the America's Cup training which was going on concurrently in the area in advance of the finals held in September. 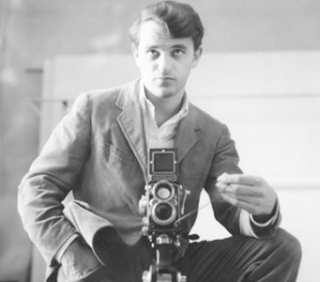 Bert Stern with his Rolleiflex


I will leave it to the jazz message boards to argue about what was and was what not included in the film. In short, Stern cut a deal with Columbia Records which greatly effected who was filmed and who ended up in the final cut. And for every historic performance that was not captured in the glorious color of the film (Ray Charles, being a notable example) there are plenty of unbelievable musical moments left for us to savor (Eric Dolphy with the Chico Hamilton Quintet). Taken as a whole, the film is a breathtaking snapshot of post-war America at work and play in 1958. Of course not everyone had access to this sort of lifestyle, but there is an impressive cross-section of people captured for posterity's sake. The film was completed in time to be shown at the 1959 Venice Film Festival in the Summer of that year and was saw limited release in the United States in March of the following year.


I learned about the film sometime in 1990 or so in a roundabout manner due to my mod/60s-revival scene interests. Van Morrison name-checked "The Train and the River" by the Jimmy Giuffre 3 in an article about his early influences as a jazz and blues fanatic in Belfast, Ireland. Steve Winwood (still my favorite English vocalist) went a step further and described in detail what an impact Jazz on a Summer's Day had upon him in his youth. The hunt was on. It took me a good year or so, but when I finally tracked down a copy of the film it made a major impact on me and my perception of jazz music. At a time when my concept of the music was limited mostly to Blue Note and Prestige reissue LPs, it opened be open to the width and breadth of the many musical traditions within the form. And something about the vivid colors as well as the balance between hot and cool in the film really captured my imagination.

"As Catch Can" by the Gerry Mulligan Quartet featuring Art Farmer, Bill Crow, and Dave Bailey...and YES that is Beat Poet Gregory Corso a minute and eighteen seconds into the clip

Stern seldom returned to jazz after making this film, although he remanded a fan of the music. Most his of work was in fashion and advertising (he also shot the famous stills of Sue Lyon in 1962 for Lolita). And after this one, he never had another opportunity to make another film. Several large-scale folios of his photo work are available both new and use. A documentary was made about the photographer a couple of years ago, Bert Stern: Original Madman, although I have yet to see it and therefore won't comment on it. It's definitely on my list though. The Newport Jazz Festival (which began in 1954) continues to this day, around the same time of year, not too far from where it was filmed by Stern in 1958. Nearly all of the film's original performers have passed away, but a few of the legends are still with us and are worth celebrating by your support.

Hopefully, this entry has whetted your appetite and you are eager to watch Jazz on a Summer's Day in its entirety. If at all possible, try to do so on a big screen. If not in a revival house, try to see it at home on a large monitor. Most specialist video rental shops should stock it. But, if you MUST...here it is in all of its glory, thanks to YouTube...

whatever, have a great day

For those with Netflix they have it on instant, that's where I saw it a couple months ago for the first time. Amazing film!