Pendleton, Oregon is a small (population is currently just over 15,000 people) city located about mid-way between Portland, Oregon and Boise, Idaho. U.S. Route 30, which has stretched all the way from Atlantic City, New Jersey to Astoria, Oregon since 1926 runs directly through town. Before that it was served by the Union Pacific railway line. The Pendleton Round-Up, a Nationally-known rodeo, was started in 1910 and now draws some 50,000 cowboys, cowgirls, and assorted others to the area every September. More recently, the Eastern Oregon Correctional Facility has drawn some attention to its host city on account of its Prison Blues line of clothing. But without the shadow of a doubt, Pendleton, is most well-known for the Pendleton Woolen Mills.

The mill existed before the 20th Century, but it was the acquisition of the facility and its subsequent rejuvenation by the Bishop family of Salem, Oregon in 1909 that is the real first chapter in this story. Eastern Oregon at the turn of the last Century was sheep country and more than a little rough and tumble. The Bishops made their living manufacturing Indian blankets, selling to both to the local tribes (Utatilla, Cayuse, and Walla Walla) as well as those the Southwest. But within fifteen years they expanded their product line to include their first men's shirts, which developed into a full line of men's clothing by 1929. Both were innovative at the time, mainly due to the rich colors and patterns that the company incorporated into its clothing, an anomaly particularly in the world of outdoor and work wear of the time.

Pendleton shifted all of its production during the Second World War to supply the military and contribute to the war effort at home. At the conflict's end, production of consumer goods resumed and expanded in 1949 to include its first woman's line of clothing. There was also a tremendous shift after the war, that attempted to move away from it's workwear/outdoorsman image and court the mid-century spirit of leisure that was beginning to pervade so much of the United States. This only increased after the conclusion of the Korean War in 1953, both in terms of the types of items found in the men's line as well as in the spirit of the company's advertising campaigns.


Some time during this era in the company's history, they introduced their Sport Shirt, more commonly known today as the Board Shirt in deference to West Coast surf culture's adoption of the garment in the early-1960s (more on that in a moment). I have yet to pinpoint the exact time of introduction, but the earliest print ad I have seen making mention of the Sport Shirt is 1952. This makes sense from a stylistic perspective, in that the sport shirt clearly draws is main design inspiration from the men's casual shirt of the mid-to-late-1940s style widely manufactured throughout the United States but very often so referenced as "California Style" and frequently made in gabardine. Incidentally, Pendleton's older shirt design was re-christened as its Regular Shirt to differentiate the two. A third style, the Sir Pendleton was introduced a short while later in the middle of the decade.


What sets the Pendleton Sport Shirt apart from any other manufacturer of this style of shirt is not only its use of its trademark bold woolen plaids but the fact that the Pendleton Sport Shirt stayed in fashion long after men's casual wear moved onto to other styles and trends. In fact, the shirt has pretty much remained in production by Pendleton since the early-1950s and can be bought new today in 2012 for pretty much the same price (adjusted for inflation, of course). Perhaps even more remarkable is that it has done so with only slight concessions to the changing times. One could of course detail the differences between this year's model and the inaugural version, but in a larger scheme of things, they are remarkably similar. Another small miracle is not only how the Sport Shirt has usurped all prior versions of the same style casual shirt, so much so that many for decades have equated this style shirt with Pendleton; but also how it has become known to nearly as many as simply "a Pendleton." 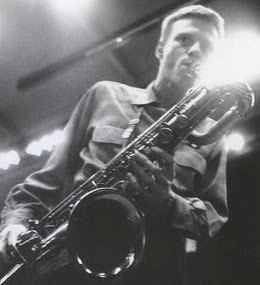 In addition to the typical man of leisure the shirt was marketed to, the Pendleton was quickly adopted by the West Coast Bohemian set. Jazz musicians as well as the emerging Beat Generation that they influenced can be seen in the soon-to-be ubiquitous Sport Shirt throughout the 1950s. The fact that Down Beat could be running a photo of Gerry Mulligan blowing his bari roughly around the same time that Pendleton was opening a retail shop in Disneyland, also speaks to the somewhat egalitarian status the shirt was reaching. A quick side note: the Pendleton shop located in Frontierland in the original Disneyland amusement park in Anaheim, California was open for nearly 35 years (July 1955 through April 1990)! 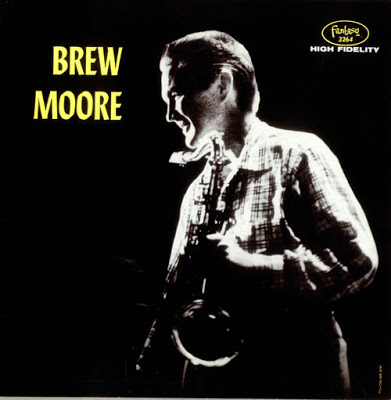 That the shirt was at both ubiquitous and hip is what I suspect is behind its appropriation by Southern California surf culture in the early-1960s. Much of that youth culture was a mix of the suburban and Bohemian, drawing inspiration from equal parts Venice Beach boho and Hawthorne prefab. Of course much has been made of the early-Beach Boys moniker The Pendletones, as well as the photos of the group in Pendleton Sport Shirts on 2 of its first 3 LPs from 1962 to 1963. But it was truly part of the West Coast surfer uniform at the time. But why would a wool shirt be worn in a region known for the warmth of the sun? Well, as anyone on a coast will tell you, the ocean breeze blows cool and getting out of the water can be a bit of a shock to the system. And as noted surf culture historian, Domenic Priore, pointed out to me, surfers are up at 5 AM and in the water by 6 AM. The beach is cold that time of day! And let's not forget that good virgin wool breathes with the wearer making it fairly versatile and suitable for all but really warm days. 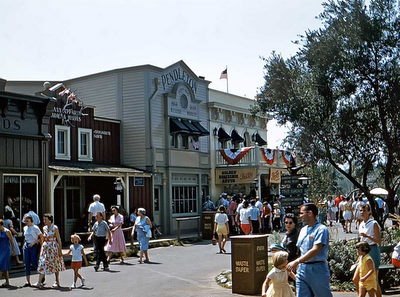 Fast forward fifty years and the Pendleton Sport Shirt (or Board Shirt) is still part of the conversation on cool. It's consistent production and relatively low cost has made it a thrift store staple for decades, ensuring its perpetual inclusion in the wardrobe of hipsters both young and old. It's egalitarian nature has been preserved and folks ranging from bearded Brooklyn youths to web-posting connoisseurs of 20th Century Classics ensure that it's legacy lives on.

Thanks to the gang over at The Roll Call on Facebook for the inspiration. For further reading, I highly recommend checking out the archival entries in Pendleton's own weblog. For vintage Disneyland photos, one can do no better than Gorillas Don't Blog.
Posted by Nick Rossi at 8:12 AM

any post that drops brew moore! in as a fashion template, is ok by me

Yes, I may very well be the first to make such a claim

Thanks for popping 'round Simon. I appreciate the support.

Fantastic photos of musicians, thanks for this write-up.