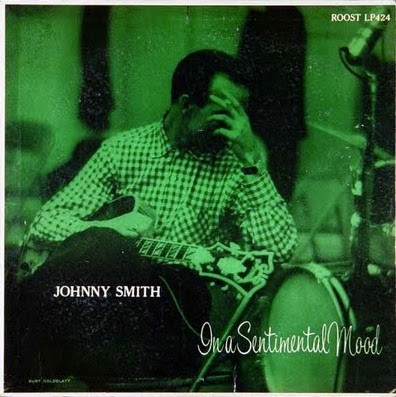 A few days shy of his 91st birthday, master guitarist Johnny Smith died on June 12, 2013 in Colorado Springs, Colorado. He was born in Birmingham, Alabama in 1922 and made his fame (if not his fortune) in New York City during the 1940s and 1950s. In spite of well-publicized endorsements of namesake guitars made by both Gibson and Guild, he died something of an obscure figure as far as the general public is concerned. But he was a true musician's musician and remains an absolute legend among guitarists. Not surprisingly, nearly every online obituary gives prominence to Smith's biggest claim to popular fame: Walk, Don't Run! Written and recorded by Smith in 1954, the song was taken to number 2 in the pop charts in 1960 by The Ventures from Tacoma, Washington giving them their first hit and launching their long career. But as one might expect, there is a little more to the story. 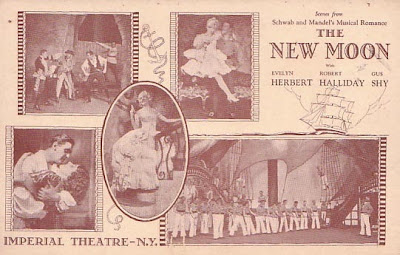 Sigmund Romberg and Oscar Hammerstein wrote the music and words (respectively) to the 1929 operetta New Moon. Two of the songs written were later to become jazz standards: Lover, Come Back to Me and Softly, As in a Morning Sunrise. The former was immediately the more popular tune with 3 recordings charting in 1929 alone. The latter had to wait a full decade before seeing any success, thanks to Artie Shaw's 1938 revival of the song. On the jazz scene, the tune really got legs in the 1950s - for example the Modern Jazz Quartet featured it as a regular part of their repertoire as early as 1952. Arguably, Sonny Rollins recorded the definitive version of the song in 1957 at the Village Vanguard for Blue Note Records during the peak of the song's popularity among modern jazz musicians. But, as usual, I digress. 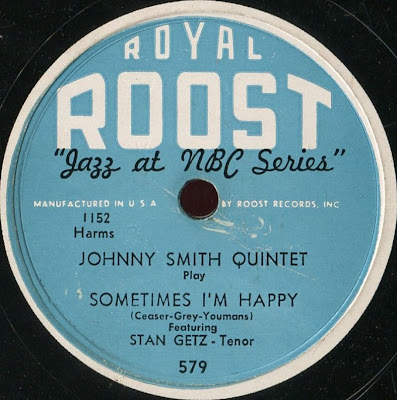 Johnny Smith was well aware of the song in the early 1950s. By day he earning a living as a staff musician at NBC in New York City and by night he was often leading his own combos in jazz clubs such as Birdland. Smith was to later claim that he came to appreciate songs such as Softly... due to his day job, were he was often called upon to back light-opera and pop singers. A few items from these singers repertoire worked themselves into Johnny's own massive library of songs and due to an association with Teddy Reig's Roost Records that began in 1952 and lasted until 1960, thanks in no part to his initial hit record of Moonlight in Vermont featuring Stan Getz. 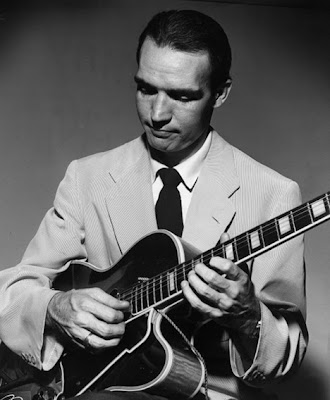 Smith had over half a dozen sessions for Roost under his belt by the time he entered the recording studio in late September 1954. The additional musicians on the session consisted of guitarist Perry Lopez, who had backed Smith before and whose other most well known sessions were conducted earlier in the month with Julius Watkins for Blue Note Records and the following March with Benny Goodman at Basin Street; bassist Arnold Fishkind, who was in between his long association with Lennie Tristano and his second act as a studio musician; and Don Lamond, most famous at that time for his drumming with Woody Herman's orchestra. All had recorded with Smith previously and Lopez in particular had a certainly level of musical empathy that only comes from playing together. One of the songs the bandleader brought to the session was a contrafact he had written over the chord changes of Softly, As in a Morning Sunrise. In jazz-speak, a contrafact is new melody line played over a standard set of chords, although these are often re-harmonized. This practice was particularly popular during the 1940s and 1950s as modern jazz was pushing the boundaries of tradition. A fringe benefit for record label owners is that they did not need to pay publishing royalties on the source material. Smith's line on Softly... was transposed up a whole step from the original and titled Opus by the composer. The title didn't stick as producer and label boss renamed it Walk, Don't Run! by the time it was released on Roost's 10-inch LP disc, In a Sentimental Mood, later that same year.

Unlike Moonlight in Vermont, Walk, Don't Run! was neither a critical nor popular success for Johnny. But as mentioned, Smith was a musician's musician and his 1950s releases were ardently admired by guitarists everywhere. One avowed fan was the ultimate Tennessee guitar picker: Chet Atkins. Atkins own recording career for RCA Victor was well underway by the time he got his hands on Smith's '54 Roost release. And due to his A&R position with his record label, by the mid-1950s he was making regular business trips to New York City where he check out Johnny Smith if he was gigging. One such night Atkins approached Smith at the bar at Birdland and asked Johnny's permission to record one his tunes. The story goes that Chet insisted on playing his arrangement for Johnny on the spot and if there was ever a fly-on-the-wall moment of choice for guitar geeks, this certainly has to be a top contender.

The Chet Atkins recording of Walk, Don't Run (note the dropped exclamation point) was released in October 1957 on RCA Victor LP Hi-Fi in Focus. How this release fits within the context of Chet's full discography is not for this entry to tackle, but it is interesting to take note of the LP sleeve. Although very much a countrypolitan recording that the record buying public had come to expect from Atkins, RCA Victor obviously aimed this particular disc at the burgeoning HiFi market. The music (and recording artist for that matter) is given only a paragraph's worth of ink on back cover, while the remainder of the 12-inches is given to the details of the RCA Victor/Canon Camera album contest. The winning image by A.M Baunach of Bethlehem, Pennsylvania is a great exercise in modernist photography, predating a the strikingly similar John Whitney/Saul Bass collaboration on the title sequence for Alfred Hitchcock's Vertigo by nearly 9 months. From where did Baunach draw his inspiration? I fear this is lost to the ages, for Baunach (later known as Barney and who had a long career as a corporate photographer for the Bethlehem Steel Corporation) passed away in 1991 and this will most likely remain a footnote. 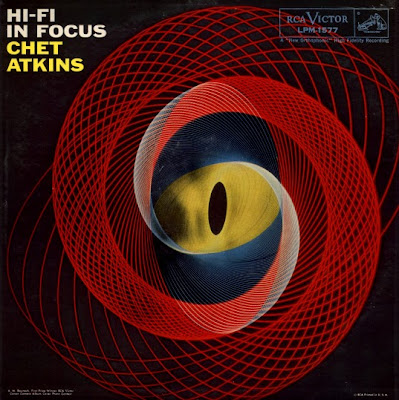 What is known, is that guitarist Bob Bogle was hip to the Atkins disc and the song entered the repertoire of the nascent Ventures, who began plying their instrumental trade throughout the Pacific Northwest in 1958. As guitarist, writer, and fellow guitar geek Deke Dickerson explained to the Washington Post's Matt Schudel in this interview, the success of Walk-Don't Run and The Ventures signaled a very significant shift in popular music prefiguring the California surf music, Pacific-Northwest frat rock, and British beat group phenomenas of the 1960s. But theirs is a story that has been much better tackled elsewhere than here on these pages. 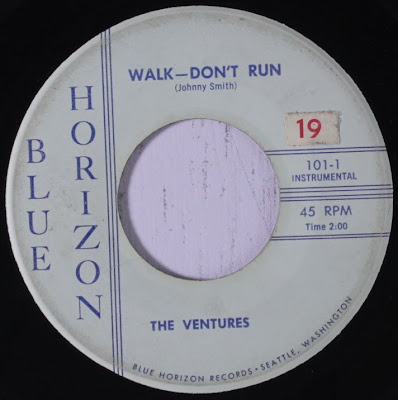 By the time The Ventures were hitting the charts with his song, Johnny Smith had left New York for Colorado to raise his daughter after the death of his wife. He occasionally returned to the East Coast for recording sessions and live appearances, but increasingly he spent more time focused on his family, his music store, and mentoring a younger generation of guitarists. When the royalty checks started appearing for Walk, Don't Run! he was unaware of The Ventures and their success. But it turned out to be a fortunate turn of events that would help Johnny through some of the leaner times in his life. The few words on this page only begin to hint at how important Smith was to 20th Century American guitar playing. He has been called everything from the "greatest plectrum guitarist" to "America's own Django". His humility was almost as legendary as his technical facility on the fretboard. His strong, but articulate opinions on everything from guitar-making to amplifier electronics both challenged and inspired some of the greatest musical instrument companies in the United States. He will be missed, not only by those who were fortunate to know him during his lifetime, but by those like myself who have simply known him through his music. May he rest in peace.

Further reading: I highly recommend this excellent interview that fellow jazz guitarist Bart Stringham conducted with Smith on the topic. Many of the details of this saga were drawn from this particular interview. The more musicianly-minded (and you gearheads) are well advised to check out Chip Stern's  in-depth homage here.

Thanks TK, I'm glad you dug it.