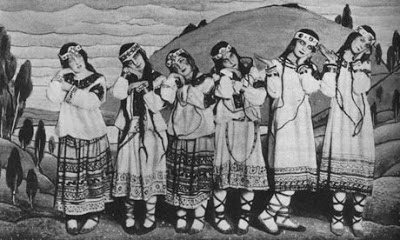 Tomorrow, May 29th, 2013 marks the 100th anniversary of the premiere performance of Igor Stravinsky's Le Sacre du printemps, known more commonly by it's English title the Rite of Spring. There has already been much ballyhoo about the centennial and this entry may very well seem like another bit of carpetbagging (not unlike my Gatsby post of a few weeks ago), but the Rite is a fairly significant piece of music to me personally. Like many, I first heard it in a movie theater courtesy of Walt Disney's Fantasia. My Aunt Marianne took myself and my younger cousin Paul to see either the 1977 or 1982 theatrical run at the Cinema 21 in San Diego, California. Now Cinema 21 was not any run of mill movie theater: it was a single-screen 1,000-seat temple to modernity and one of the reasons I can't take today's multiplexes seriously. At the time of it's 1963 construction by Statewide Theaters it was the only movie house in the country set up to screen films in 35mm, 70mm, Cinerama, AND Cinema-scope. No small achievement. Even 15 years after it's opening it made an impression - certainly to a young boy such as myself. The experience obviously has stayed with me, reinforced over the years by countless visits to Disneyland capped off with what we called the dinosaur train: the Primeval World attraction. 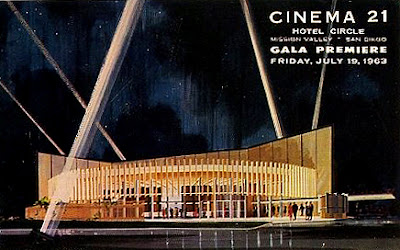 The Rite of Spring sequence in Fantasia was of course set to visuals of the origins of the earth and the prehistoric days of the dinosaurs. And what 6 or 11-year-old boy doesn't like dinosaurs? I didn't care about the dissonance in Stravinsky's music, to my young mind it was just what the cogs of creation sounded like as fascinating creatures rose from the primordial ooze. I was captivated and I can recall the experience with some clarity to this day. I have revisited the film in recent years and am well aware that Stravinsky disowned the film upon it's 1940 release (although he cashed the check) not only for the truncated version of the score (due to time limits of the original theatrical release) but to the visual interpretation of the music. Yes it is flawed, but it served a purpose not only for my life but for so many other young ears across the United States that may have never been exposed to the savage beauty of Igor's music. Later through my development as a musician and as my interest in 20th Century modern jazz deepened, I approached Stravinsky's music from a different angle inspired at least in part by Charlie Parker's noted appreciation and admiration for the composer. 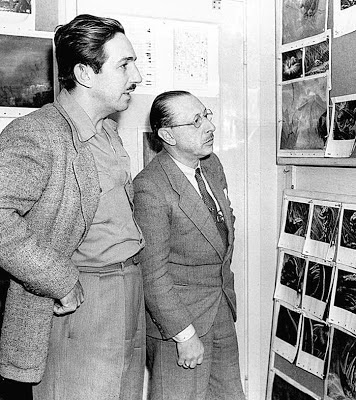 The performance that now intrigues me most is the Joffrey Ballet's painstaking 1987 recreation of the original 1913 Paris production. It was not only the music that ushered in the modern era of ballet, it was the angular, primitive choreography of the legendary Vaslav Nijinski and the earthy sets and costumes of Russian folklorist Nicholas Roerich combined with Stravinsky's brilliant music that made for such a revolutionary production at Sergei Diaghilev's Ballets Russes. For years, it was thought that everything buy the score was lost. After only a dozen or so performances in Paris and London, the ballet was not performed for 7 years by which time the choreography had already been forgotten by all of the principals. It's something of a modern miracle that the '80s reconstruction happened at all. But what the Joffrey most effectively did is help revive the exciting, primal nature of the piece: as Leonard Bernstein once famously exclaimed, 'it's about sex!'. And surely the Russian folk elements of the story which culminate in a virgin sacrifice thinly veils this strong subtext. But as the sacrifice of virginity can also be viewed as the creation of new life and rebirth, perhaps ol' Walt Disney wasn't so far off the mark after all!