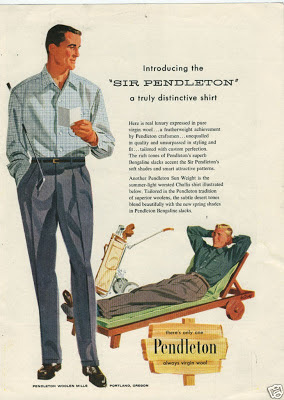 Four years after Pendleton Woolen Mills introduced their iconic Sport Shirt to the American male, the Sir Pendleton made it's debut. And while lesser known, it is an important part of the clothier's canon. Like it's predecessor it was made of virgin wool, but new addition was of an extremely lightweight worsted variety intended for yearlong use. 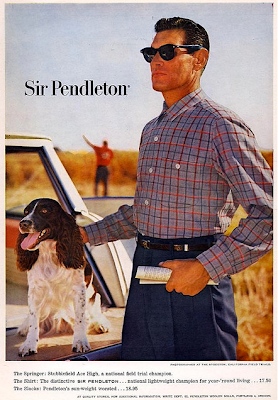 The expansion of the garment line had deep roots. In 1912, the Pendleton company acquired additional woolen mills in Washougal, Washington nearly 200 miles West of it's Pendleton, Oregon location. Washougal sits on the Columbia River, just a few miles and across the border from Portland. The facilities allowed production of lighter-weight woolens, such as those used in men's suiting. Worsted wool, while stretching back several hundred years, made tremendous advances in the late-1800s due to industrialization in both England and the United States. By the early 20th Century it had started to gain the upper hand in men's suiting. 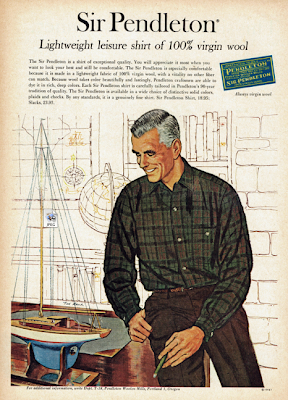 Much like the Sport Shirt, the Sir Pendleton had a distinctive style that changed very little for quite a few years perhaps most notably it's classic open collar with a loop for the top button and a single breast pocket with a button rather than a flap. And like the Sport Shirt it was available in a variety of colors and plaids. 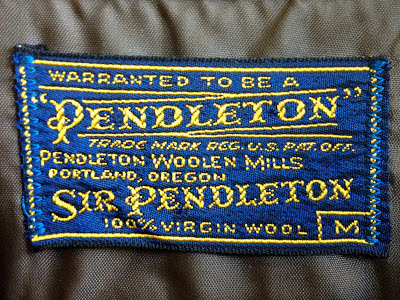 By the early-1960s the Sir Pendleton shirt gave way to an expanded Sir Pendleton full line which included everything from button-down collar shirts to blazers and jackets. And again like the Sport Shirt (nee Board Shirt), it has a presence in the current Pendleton clothing line. And the Washougal mill? It recently celebrated 100 years of operations and can be visited most days of the week.

Thanks Simon. Your kind words are always appreciated.

Thanks for a little history of my favorite shirt. I wish Pendleton weren't so devoted to plaids, but it's possible to find plain-colored ones sometimes.