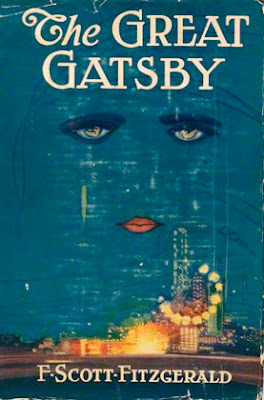 88 years ago, on April 10, 1925, Charles Schribner's Sons first published F. Scott Fitzgerald's The Great Gatsby. The novel was met with mixed critical reaction upon it's release and only moderate popular success. In fact, the first edition sold a mere 24,000 copies over the course of it's initial run. By the time Fitzgerald died on December 21, 1944 at the age of 44, the book had been out of print for several years. 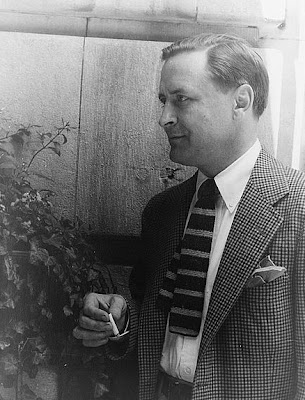 Eight years prior, a second-year Harvard undergrad by the name of James Laughlin published the first New Directions anthology. The roll call of authors New Directions published in the subsequent few years is astounding, particularly as many were being introduced to the general public for the first time: Tennessee Williams, Lawrence Ferlinghetti, William Saroyan, Wallace Stevens, to name just four. In addition to spotlighting then-contemporary modernist literature, New Directions began reprinting many authors (such as Henry James and Evelyn Waugh) whose works had never been re-printed after their initial publishing runs had ended. 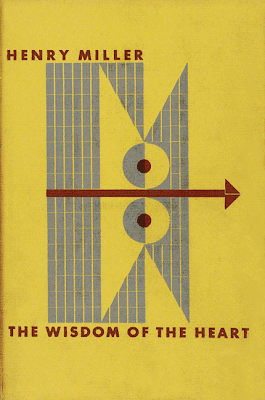 The Wisdom of the Heart, Henry Miller, 1941, jacket by Alvin Lustig

Part of the spirit of New Directions was reflected in its strikingly modern dust jackets. In 1940, Laughlin was introduced to graphic artist, designer, and ex-Frank Lloyd Wright acolyte Alvin Lustig by bookseller and literary scene-maker Jacob Zeitlin in Lustig's Brentwood, California studio. Laughlin later said that he only needed to spend an hour with the artist before he knew he was in the presence of what he called "authentic creative genius". A commission for the jacket of the New Directions 1941 editions of Henry Miller's The Wisdom of the Heart and Carl Rakosi's Selected Poems soon followed. But while these works reflected the style Lustig had developed up until that time: his next series of work for New Directions, twenty-five books in the publisher's New Classics series, came to represent an iconic style for which Lustig (and to a lesser extent New Directions) is most well-known. 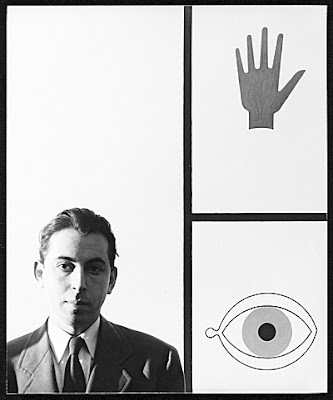 Among the titles in the New Classics series was Fitzgerald's The Great Gatsby, which was published for only the second time in 1945. A new wave of book reviews followed in the wake of the release. This time around Fitzgerald's novel was being reconsidered, not as the period piece it had been regarded as for the most part over the prior twenty years, but rather as something important and perhaps great. To the point, the New Classics edition marked the beginning of The Great Gatsby as being a true classic of modern American fiction. 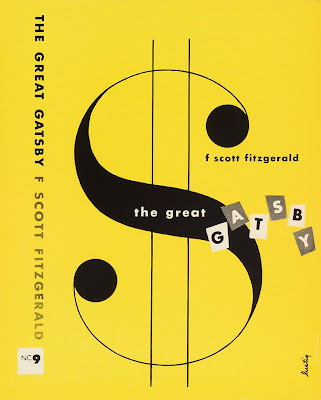 
Momentum continued on both scholarly and popular fronts through the end of the decade. Somewhat ironically, Paramount Pictures in Hollywood began a film adaptation production in 1948 directed by Elliott Nugent and starring Alan Ladd which was released in July of 1949. The irony lies in the fact that Fitzgerald spent his last booze-soaked years in Los Angeles trying to eek out a living writing for films. This first film adaptation drew from both the original novel as well as Owen Davis's 1926 short-lived adaptation for the Broadway stage. Incidentally, the screenwriters were Cyril Hume and Richard Maibaum, the latter being the very same Richard Maibaum who wrote the screenplays of the majority of James Bond films from 1962-1989. In the academic world, at least two books were published in 1951 concerning themselves with Fitzgerald's life and importance. This opened the floodgates to several scholarly works at the highest levels of academia, the sum total of which set The Great Gatsby on the pedestal upon which it still rests today. 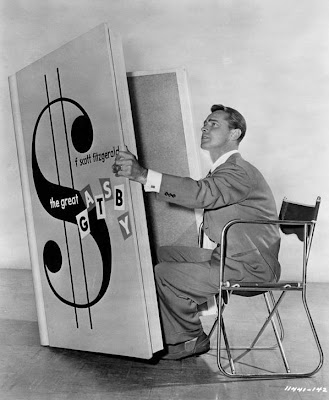 * An entire weblog entry could be devoted to Francis Cugat's somewhat controversial cover art for the original 1925 edition. Here is what purports to be the untouched original painting, although I cannot vouch for its authenticity. Fitzgerald (perhaps influenced by Ernest Hemingway) later claimed he hated the cover and went to great lengths to apologize for it. And yes, Cugat was the brother of the famous New York-based bandleader who popularized the rhumba: Xavier Cugat.
Posted by Nick Rossi at 12:48 PM