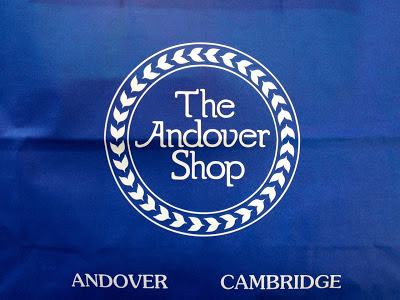 During my very first visit to Boston, Massachusetts last week, I finally had the opportunity to make a pilgrimage to the legendary Andover Shop across the river in Cambridge. What's the fuss, you ask? Well, The Andover Shop is the spot that directly links post-war modern jazz with Ivy League style. It has here that Roy Haynes had his suits custom made: the "slickest sh*t out"in his own words. It was here that a cleaned-up Miles Davis chose the threads that were to be part of his mid-1950s "comeback" image. And it was here that proprietor and acknowledged jazz-fan Charlie Davidson forged life-long friendships with customers such as Chet Baker. 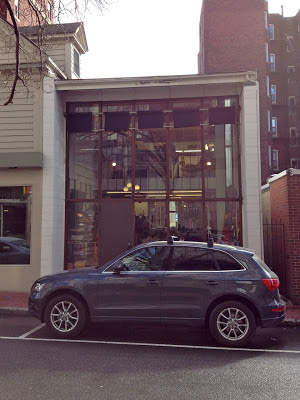 The building itself is a simple unassuming modernist building located on a quaint (yes, I said quaint) New England side-street: 22 Holyoke to be specific. I have to admit, that I was taken a little a back upon arrival...and pleasantly surprised. I expected something along the lines of what Brooks Brothers on Madison Avenue is trying to be: more old club, old world. It is clear here that form followed function. The Cambridge shop is Charlie's second location, he opened the first on Main Street in Andover, Mass. back in 1949 after he left the employ of J. Press. But it was this place, the Cambridge address, which became the place. 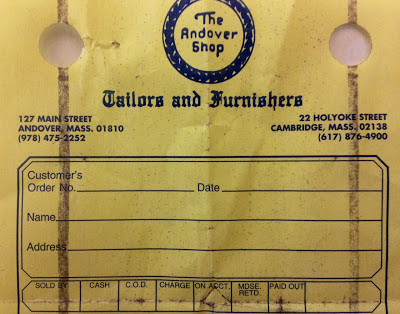 I was greeted at the shop by Zach DeLuca who runs the excellent Newton Street Vintage shop on Etsy as well as The Suit Room weblog/Tumblr. Both are highly recommended if you are not familiar with them. I introduced myself formally (we had only met via the 'net) and set about exploring the store with Zach as my guide. I will admit to being slightly overwhelmed as I really wanted to soak it in. It is a dispensary in the best sense of the word: quite organized and well-stocked. The staff, who totaled four on this particular Monday morning, moved through the narrow aisles with knowing ease. 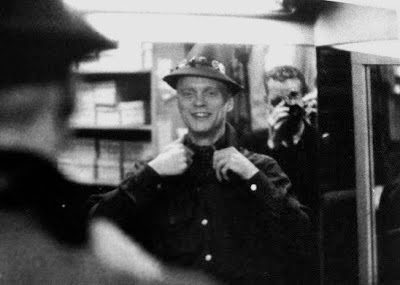 
Meeting Charlie was exactly what I had hoped it would be. After some small talk about Roy Haynes and the Newport Jazz Festival, Charlie inquired if I was a musician. When I replied yes and that I played guitar, he responded with the jab, "That's not a real musician!" I expected nothing less. Ice broken, he proceeded to tell me some of his favorite six-stringers and I was very pleased to hear that Barney Kessel was near the top of his list - particularly since the neighboring Berklee School of Music seems to have it out for ol' Barney. Apart from some enjoyable jazz talk, I did pick up some basic, but essential clothier wisdom that the customer should be happy with the garment in the shop. It matters not what the clothier thinks, nor what the tailor may be able to do. This echoed a similar piece of advice that I picked up from Alden years ago (your shoes should feel good when you walk out of the shop...a "break-in" period is something of a myth). As I was paying for my American-made Hickey Freeman Hertling high-rise grey flannel trousers and saying my goodbyes, Charlie held out his hand and said, "I'm really glad you came into the shop today." Thank you Charlie. I am really glad that came into the shop too!
Posted by Nick Rossi at 5:00 PM

As ever Nick a great post.
It's a place I've always wanted to get to, but never been in town with time off to make it happen.

Thanks Simon. Your comments are always appreciated.

It was good to meet you Nick, and I'm glad you didn't find the place too intimidating.

Your trousers were made by Hertling in Brooklen (not Hickey Freeman) and they fit well!

Likewise Zach. I look forward to seeing you again in April. I appreciate your help in the shop. I made the assumption that the flannels were Hickey Freeman based on the engraved clasp which I thought were the letters H and F. Thanks for the correction. They are well made and look really nice. I must also say that I thought it cool to see Charlie sharing "the knowledge" with you first hand. I know you of all people appreciate the opportunity you have there at the shop. It's nice when the universe works things out right!