One of the things that Jimmy Frost Mellor's guest post here a few weeks back got me thinking about was my first exposure to Ivy League style. And from madras cotton to loafers to Brooks Brothers clothes, much of this exposure was via my father. Much like the prevalent Mid-Century modern architecture of my native Southern California that did much to shape my design aesthetic, my father's own tastes in clothing and fond memories of his earlier years in San Diego provided some basis to my lasting affection for the style. 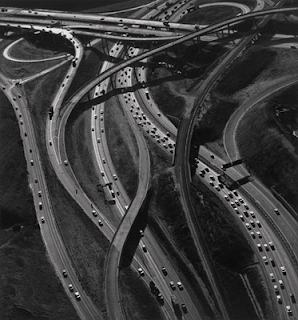 My first conscious memory relevant to this topic was some time in the mid-1980s when I was developing an interest in vintage clothes. We lived in suburban Los Angeles at the time and my father, a banker who wore a suit and tie to work everyday, spent a good portion of his work week traversing LA's serpentine freeway system in a company car going from branch to branch doing the sort of thing an area manager does. I recall him coming home one evening and telling me he had some seen some "bleeding Madras" shirts in a shop window on Melrose that were "very 60s". Truth be told, I was a little more interested in dressing like Cream-era Eric Clapton at the time, but obviously it made a lasting impression on me. From that point, we casually talked clothes frequently: he laying knowledge and predilections on me; me sifting through it all for what was important in the immediate and filing away the rest for later. Often times over the years we would compare notes, such as the time he extolled the virtues of his tasseled Allen Edmonds loafers (always meticulously polished) over my vintage Italian pointed numbers (which hurt my wide, flat feet). Much of what interested him most was Ivy League style, although he rarely referred to it as much beyond "very traditional". Recently, I took it upon myself to ask him a few questions about his early interests and inspirations when it came to clothing and style. 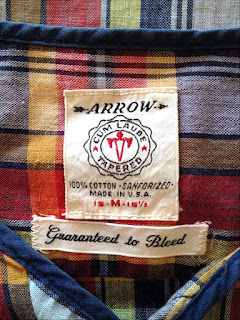 I asked my father, Laurence "Larry" Rossi (born in San Diego, California, U.S.A. in 1947) about his early memories and experiences with Ivy League style. Among his first dates back to 1959 or 1960 when he was in the 7th grade and starting experiencing migraine headaches (one of many traits we share). When the doctor's suspected an enlarged optic nerve, glasses were duly subscribed and the style my father chose were "horn rims which were inspired by friend Joe Ledesma who was in turn inspired by jazz artists" adding that "those styles were not limited to Ivy Leaguers, but also lower income whites/hispanics who followed jazz greats". Dave Brubeck being name-checked and the probably most popular choice at the time. Ledesma stories are something close to my heart as my father speaks of his best friend Joe's older brother's record collection which included LPs by Brubeck and other popular West Coast jazzmen like Cal Tjader. Every so often my father blows my mind by mentioning another disc he discovered during these years thanks to his pal Joe. (Side note: years later my Dad was the first person I would ever hear use the term "Poor Boys" to describe a particular style of eyeglasses, but that is a topic for another post.) 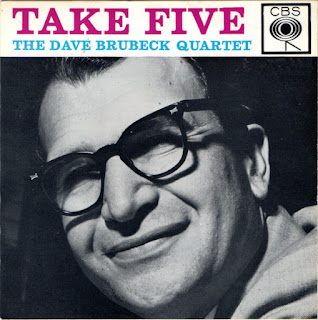 If I were to name the most important musical artist of the Rossi household growing up, it would have to be The Kingston Trio. My father owned all of their LPs and loved them dearly. Well. All of their early LPs that featuring the original trio with Dave Guard (and often the VERY intriguing and important David "Buck" Wheat on upright bass, again a topic himself who deserves his own entry). At any rate, as I have mentioned before, I can recall pouring over the sleeves of these discs myself for years, with their distinctive striped short-sleeve button-down shirts. Correction. Make that HALF-sleeves! As my Dad told me, "They were half-sleeve shirts, NOT short sleeve. You had to make that distinction otherwise you didn't get the right style." But he did confirm the the "other inspiration was indeed the Kingston Trio whose album covers were always showing them in button-down shirts. Having gone to Catholic school we had to wear white shirts and I was alway begging mom to buy me one with a button-down. There was a kid school who wore it and was just so cool. Incidentally, the premier shirt maker of button downs was Gant, especially because it had the back collar button plus the locker loop." Incidentally, the Northern California-based Kingston Trio purchased many of their shirts from Johnson & Gray in Sausalito just over the Golden Gate Bridge from San Francisco in Marin County - although a Kingston Trio insider tells me that their first ones were purchased by a Bay Area department store (probably Roos Brothers) and were tailored to half-sleeves (again note the distinction!). 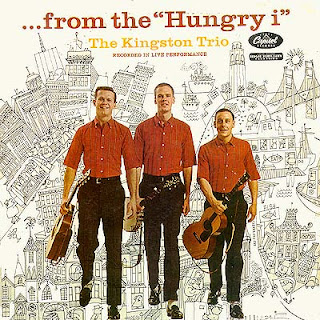 The Kingston Trio...from the "Hungry i", recorded live in North Beach, San Francisco, released on Capitol Records in 1959...I remember pouring over the line drawing in the background for ages as a kid!

Speaking of which, I asked him where one could find these styles in a some-what sleep military town like San Diego back in the day. He replied:


"4 stores in San Diego, Roberts and The Highlander (which is still alive). The third, The Ascot Shop in La Jolla, is still there as well, but we were too poor to even drive to La Jolla. The last was Lion Clothing. Right on Broadway downtown. Long since gone. They sold the absolute best traditional clothing. This is where I bought my suit when I got married. Funny story here. Dad [his father Ugo Rossi, ed.] bought all of his Ivy League suits at Roberts usually during the January sales and from his high school friend, David Reed. I remember because their connection beyond high school was that David went to Reed College and my uncle went to Portland. David had a son, also a David, who also went to Reed is a famous artist. I have to say that my dad was the style guy with his cuffed pants, vented-jackets, and, of course, wingtips, which I had to shine for him weekly."

I pressed him a bit further on details. What were the hallmarks? Were there any particular regional favorites within the style? He was happy to oblige:


"Hickey-Freeman suits: all wool. English Walkers wingtips. My dad wore them all the time. Don't confuse with British Walkers. They are not the same. Other popular shoes were saddles and Bass Weejun penny loafers. Black and white saddles were the rage worn with powder blue slacks and with button-downs. Everyone in high school wore these kinds of clothes because we also had to wear blazers every day which were bought at only one place...Roberts! As a senior you could choose another color and we chose olive drab. All underclassmen had to wear black. Fridays you had to wear a tie, so getting dressed up was the thing. Add a skinny tie and you were good to go. It was also the beginning of the "dry" look. No more Brylcream or Wildroot Hair Tonic. The greasy look was dead to coincide with the clothes. Grease started leave in the late 50's. Again, Kingston Trio influence as well as surfer influence." 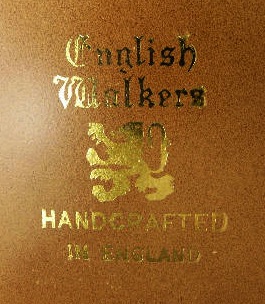 When I asked him why he thought we were even talking about the style, he remarked, "In the end, this style has lasted through the times. It never goes out of style and tends to label you as one who won't compromise and chase after fads." Well, far be it from me to argue with my father.

One final story. When I finally purchased my first new Brooks Brothers oxford cloth button-down shirt from their Century City shop in 1996, I immediately called my father with the news. I was immensely proud of myself and felt like I had attained some degree of maturity and success. And indeed I had.

Happy Father's Day Pops!
Posted by Nick Rossi at 7:07 AM

Actually that label is from H. Freeman & Son, a different Ivy League clothier originally based in Philadelphia. Hickey-Freeman is a different firm, though they're often confused.

Thank you for that information Kenneth. I always made the wrong assumption that the 2 were indeed the same.