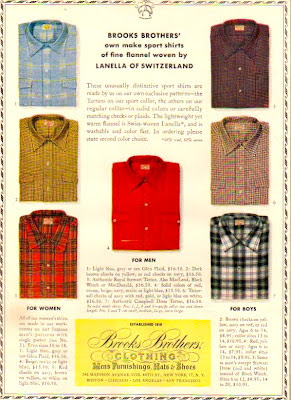 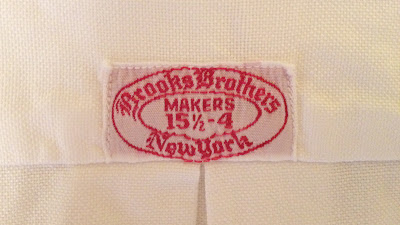 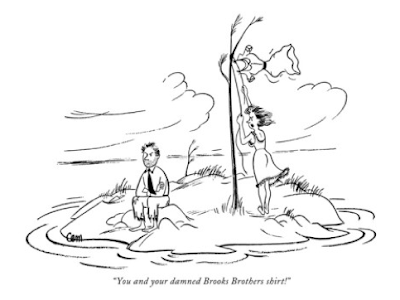 This week's post features more Brooks Brothers print advertising to compliment one of my earlier entries, which can be found here. The top image is a very rare color print ad spotlighting some more casual items and is presented in stark contrast to the second image, that of a dinner jacket. The third image shows remarkably clean lines, clearly illustrating that the "Brooks Brothers Look" was well defined by 1952.

For kicks, I've also included a cartoon from the New Yorker from the same year. It too is fairly timeless. Just ask my wife.

Addenda & Errata: in my profile of Alvin Lustig and JBL some weeks back, I mistakenly identified James B. Lansing as an Italian-American. Thanks to a very nice email that I received from one of Lansing's granddaughters, I know now that he was German-American. Thank you Ms. Quintero for your kind words and for taking the time to correct the facts.
Posted by Nick Rossi at 7:07 AM