Every so often an item pops up on eBay that somehow needs to be preserved. I am not necessarily talking about museum pieces, but rather curios that folks cut from a certain cloth just are interested in - or rather should be interested in. 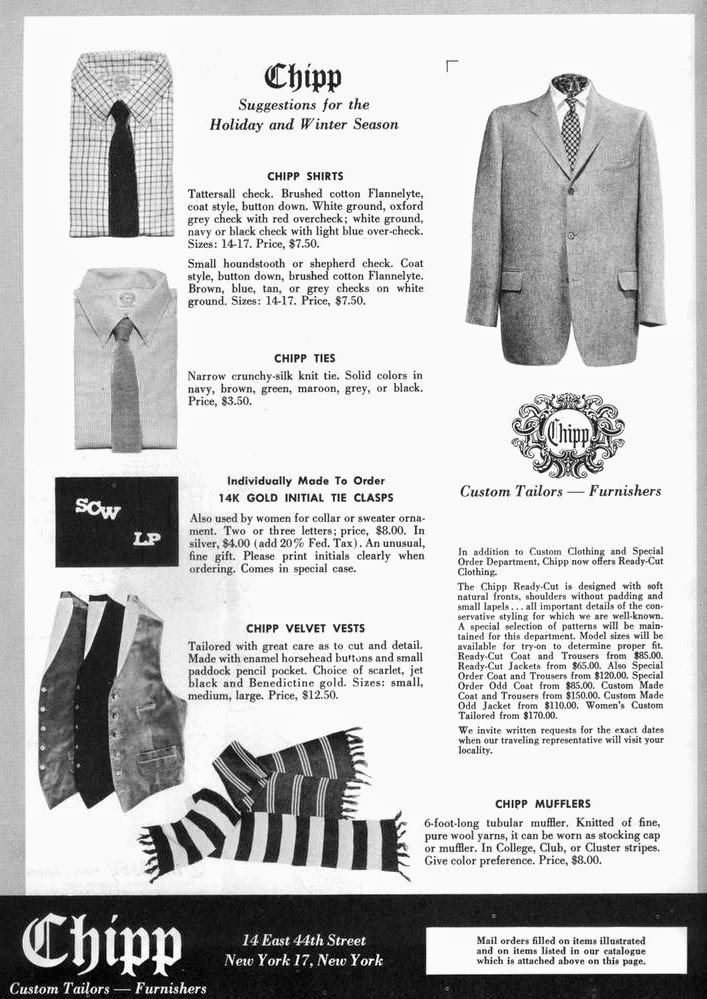 This wool odd jacket is one such item. Bearing the label of custom tailor Chipp, the item has the added bonus of a genuine date: September 11, 1953. What a garment like this represents is an actual connection to the past beyond the grip of latter-day Internet-based theoreticians and speculators. It is a glimpse of what actually was. These types of items help put things into perspective; they help answer a few questions - and perhaps prompt one to ask other questions. 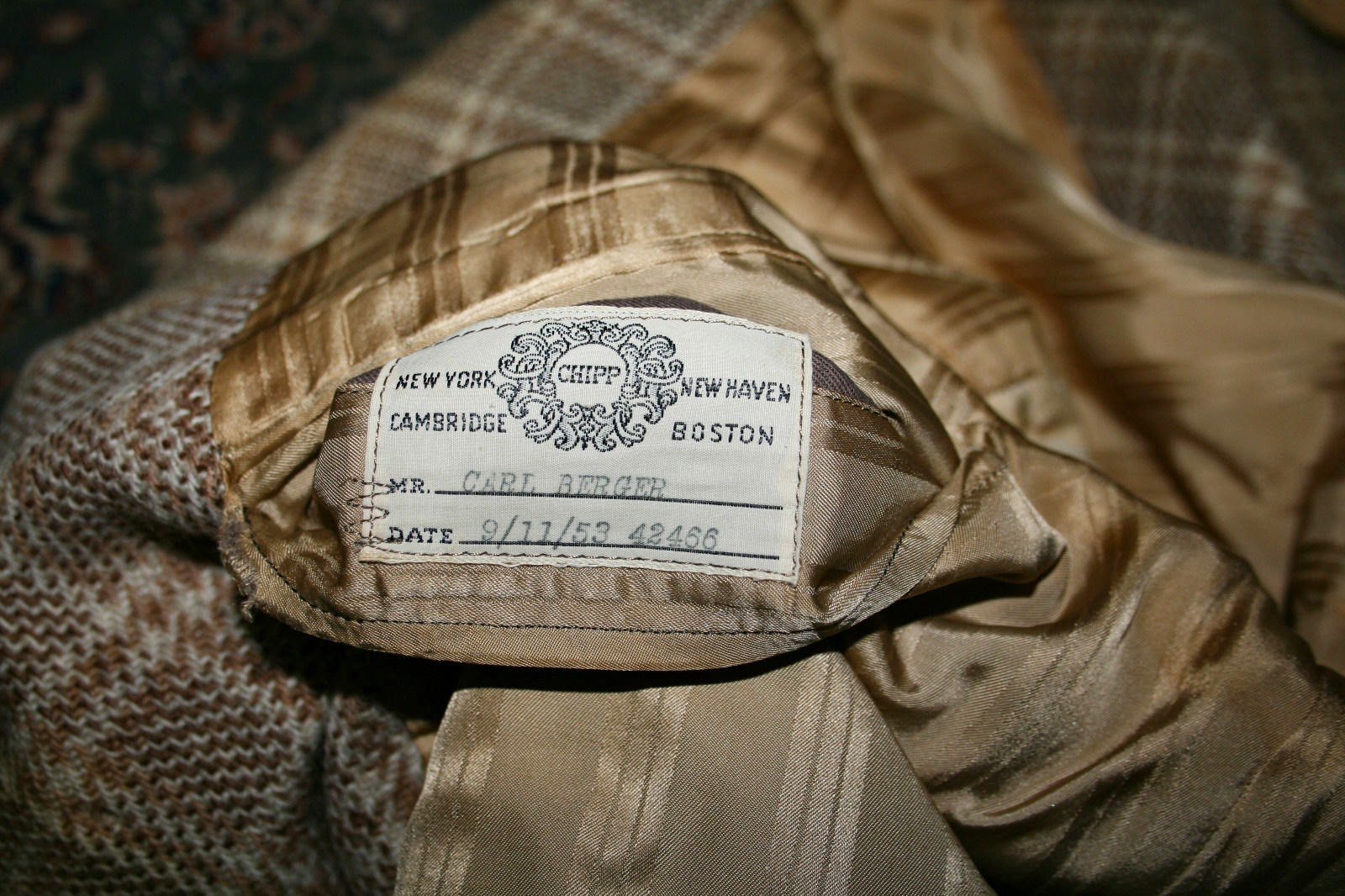 The Chipp story is well documented elsewhere, particularly in this Ivy Style piece. In short, the operation was started in 1947 by Sidney Winston and Lou Praeger, two J. Press refugees keen to break out on their own. Their New York address was within curling distance of the mighty 346 Madison Avenue address of Brooks Brothers and were, at their peak, certainly vying for the same clientele if not a true competitor. Peter Lawford was a client and it was the Brother-in-Lawford himself that introduced Senator John F. Kennedy to the joys of Chipp. Kennedy was perhaps the company's most famous patron who continued having his suits made by Chipp into his presidency. Almost needless to say, it is one of those Ivy League legends often mentioned in the same breath as The Andover Shop, et al. 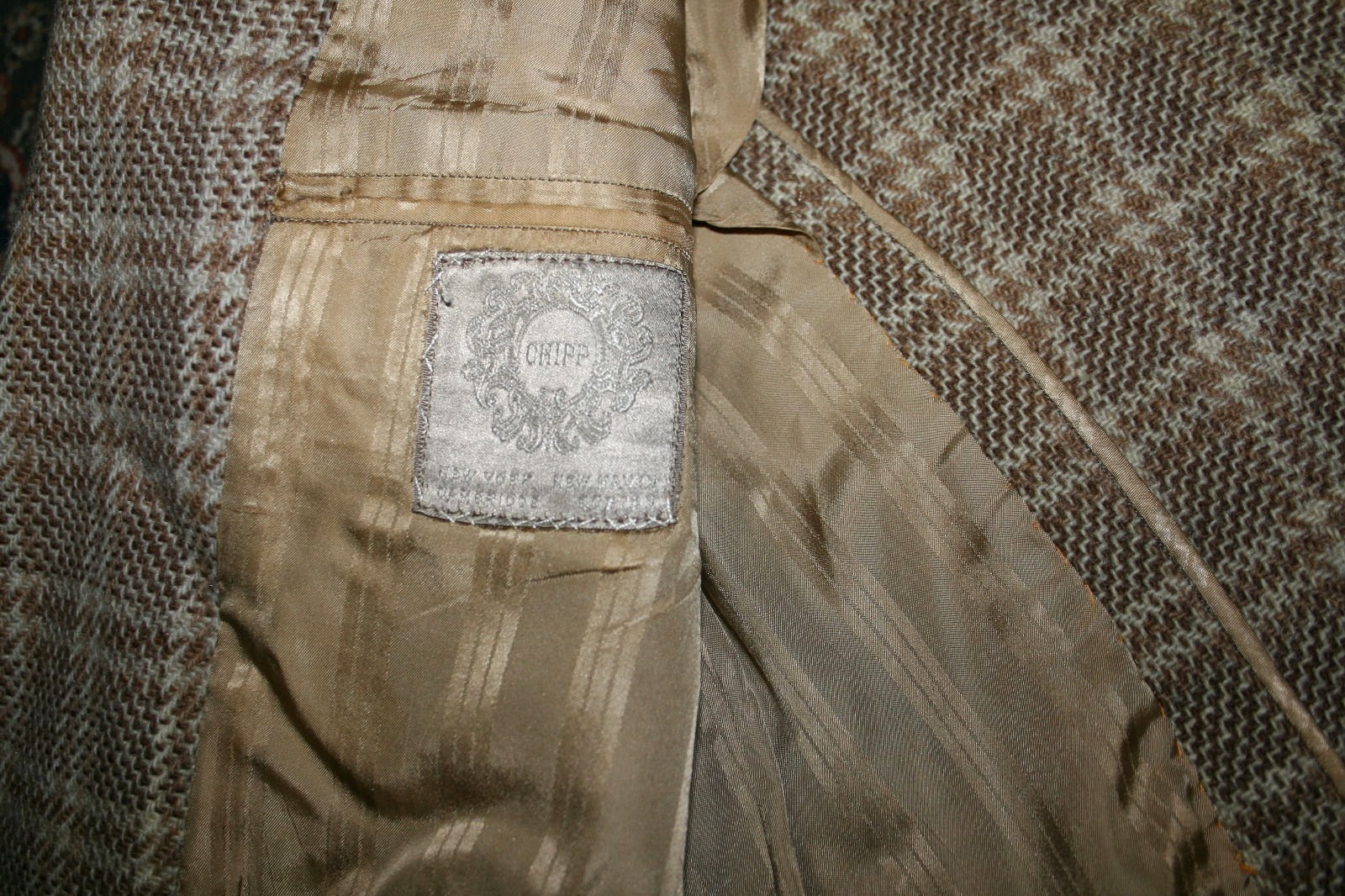 So what should be said about this particular example of Chipp's handiwork? Well, let's take into consideration the year first: 1953. One would expect much wider lapels based on contemporaneous photos and movies. In fact, it is remarkable how narrow the lapels are even with the button on center stance (yes, I am still trying to get in the habit of using that one over 3/2 button). 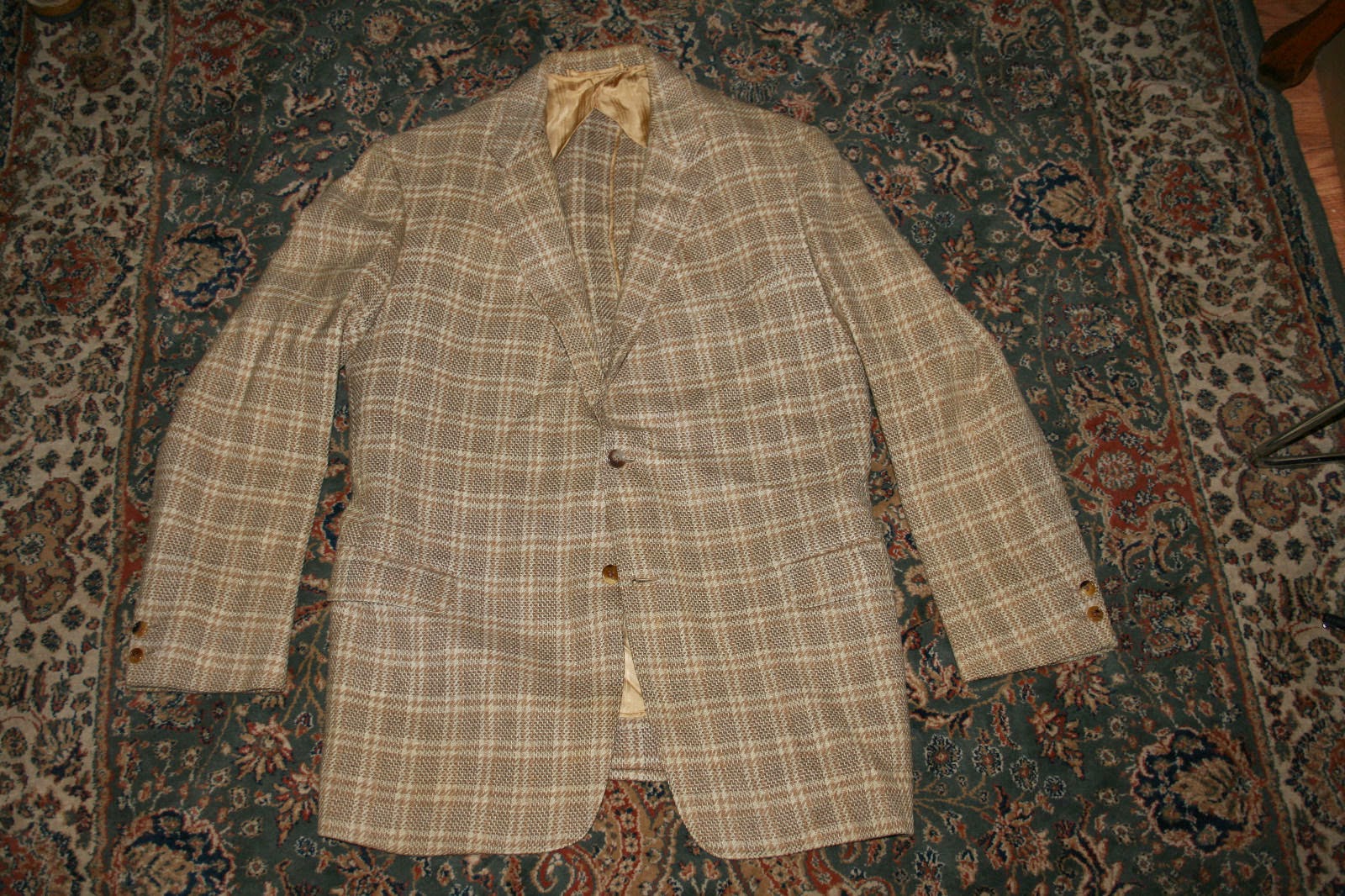 The cut, in general, looks more 1963 than 1953 - but again, that can be chalked up to the slight of hand tricks of history books. The shoulders? As natural as can be. The wool check pattern itself certainly smacks of the 1950s - walking the line between a classic Northeast country tweed and something Lanksy Brothers in Memphis would sell to a Beale Streeter or their world-be imitators. 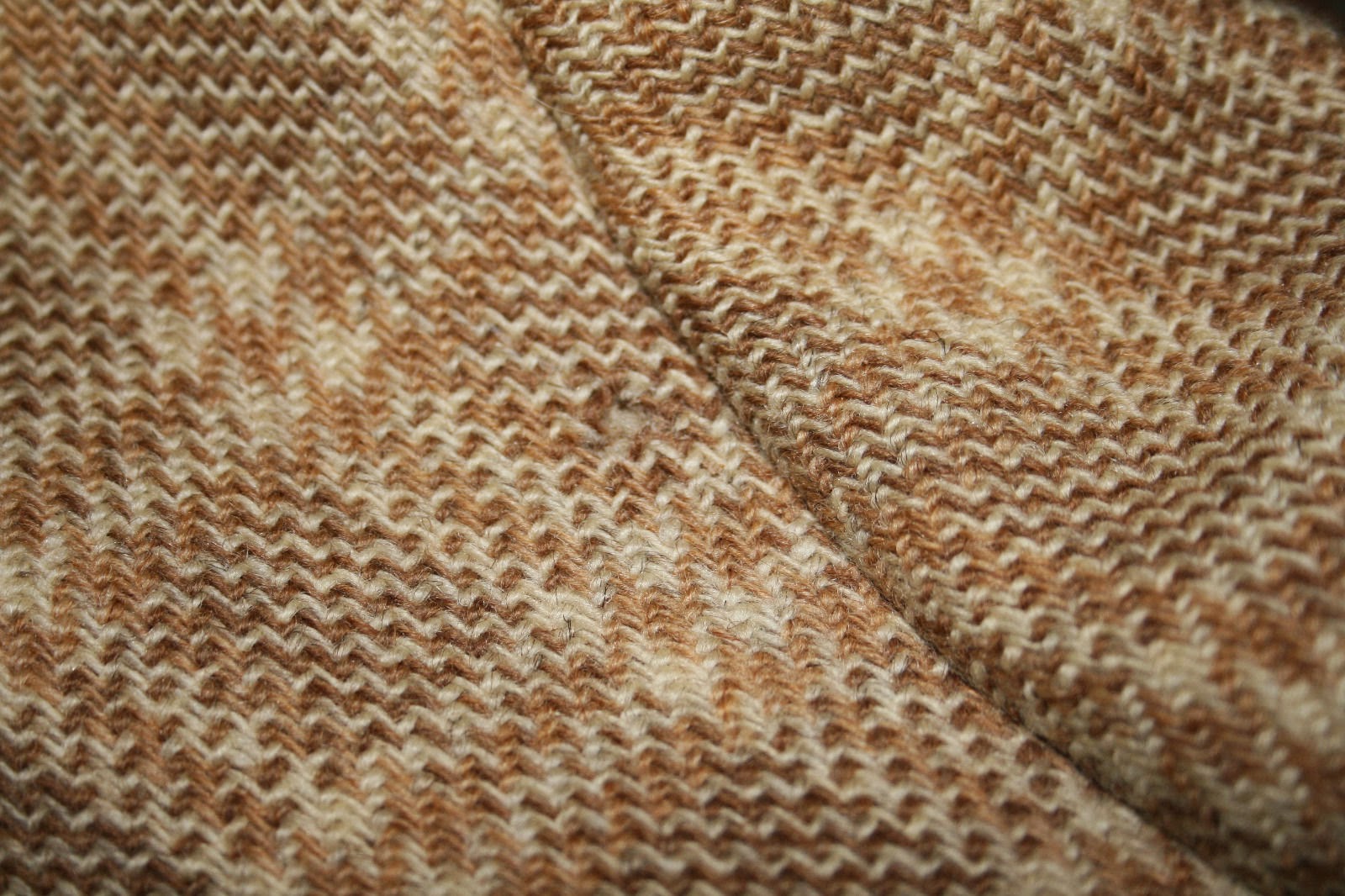 A couple of final shots in the spirit of preservation for the ages, such as it would be... 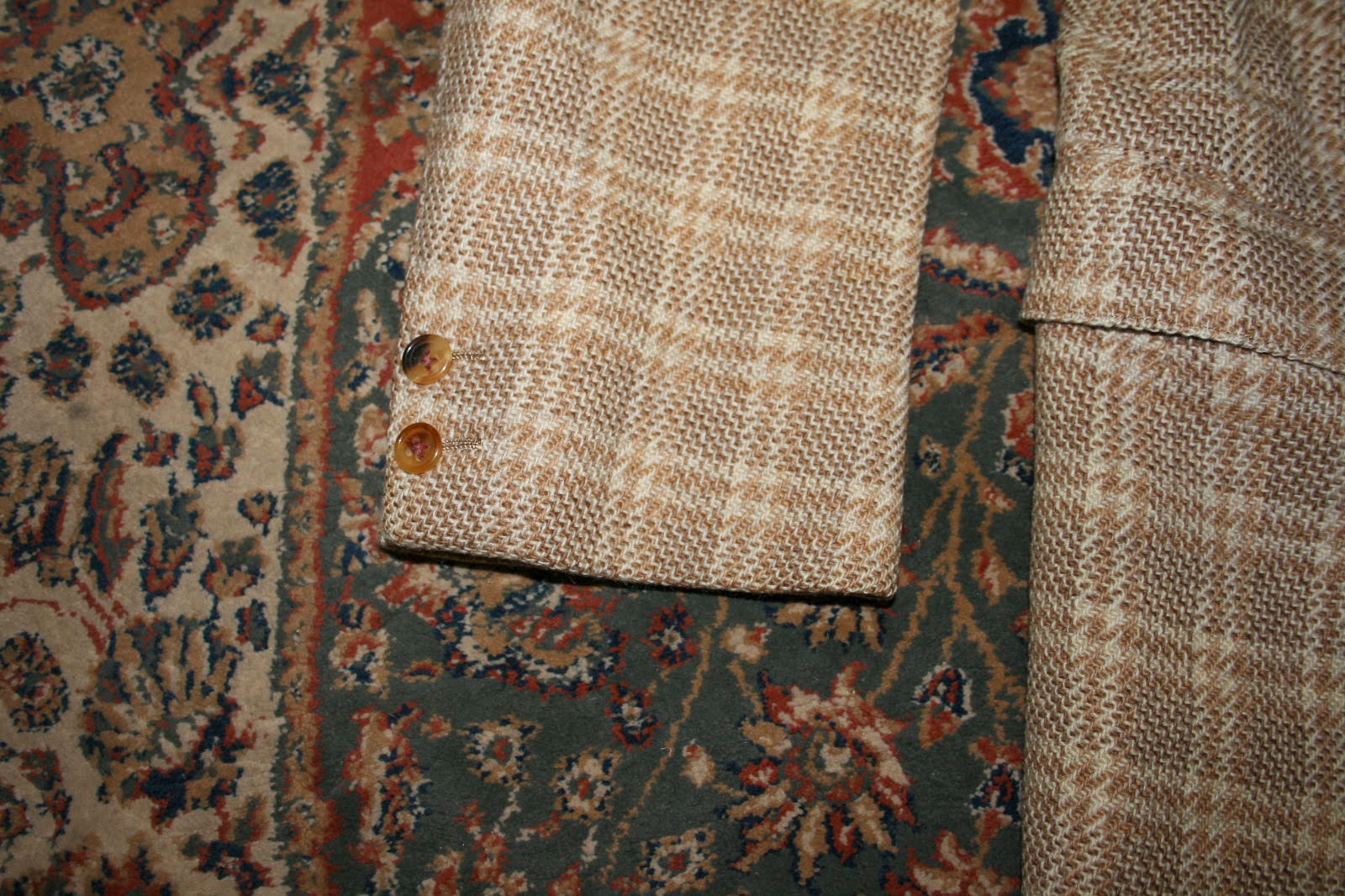 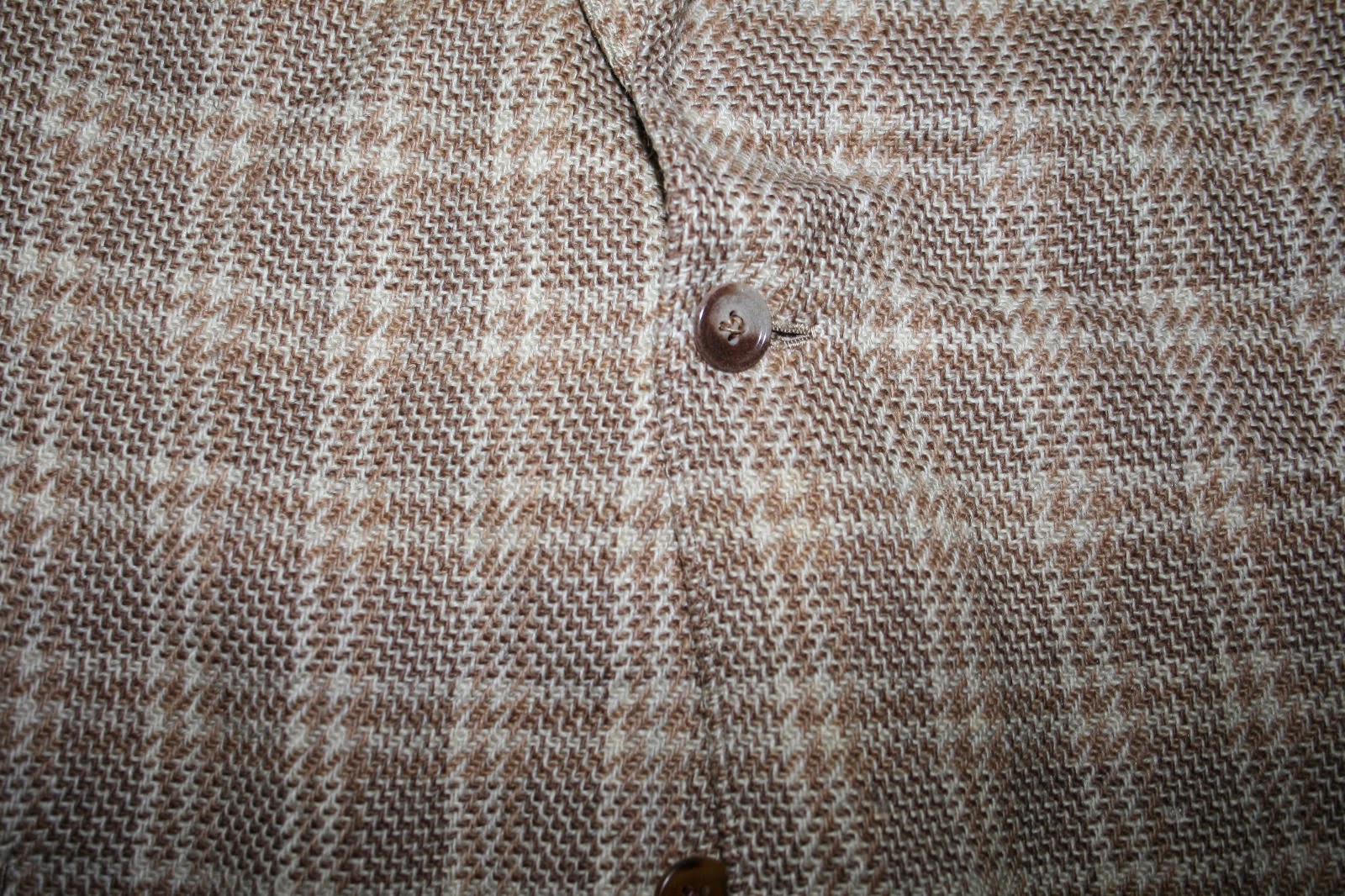 Nice piece, Nick, I could tell you were taken with this jacket

Yes indeed. I love when my preconceptions are challenged in interesting ways. 1953 has a certain look to my mind's eye and this was not necessarily it.