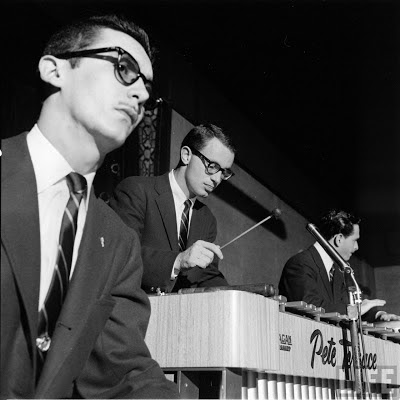 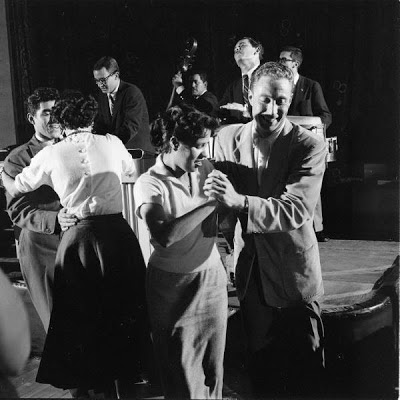 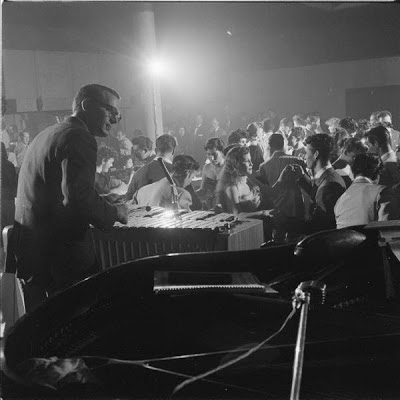 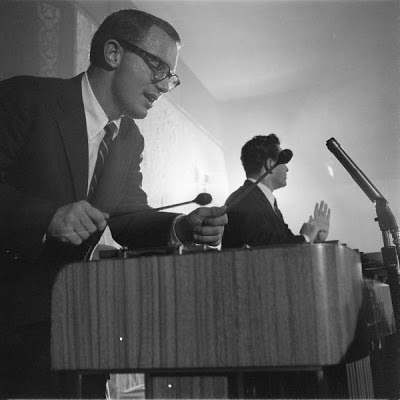 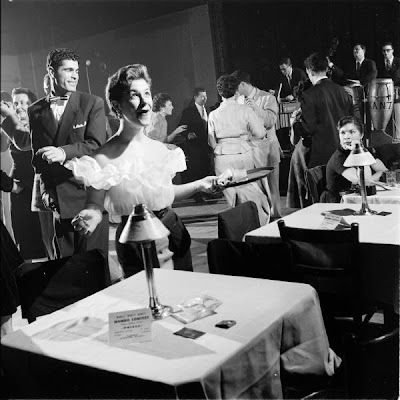 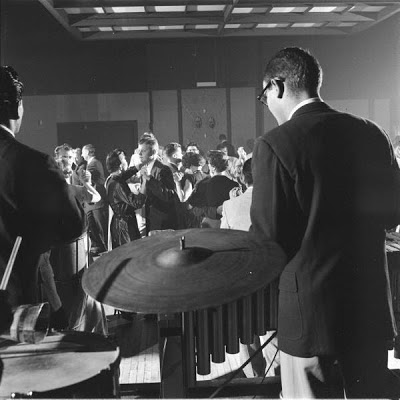 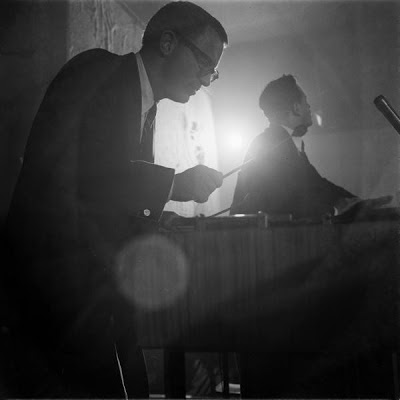 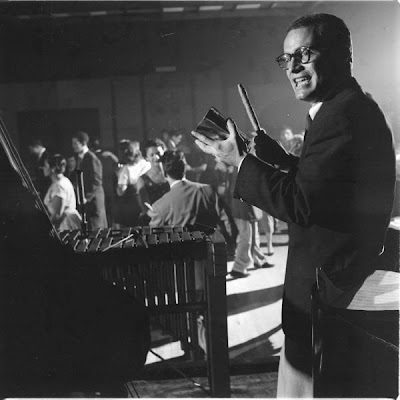 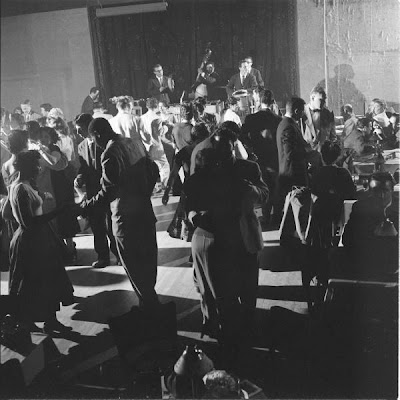 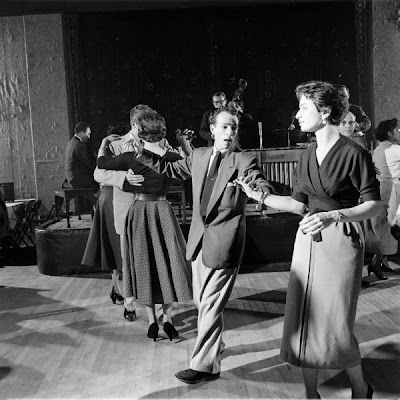 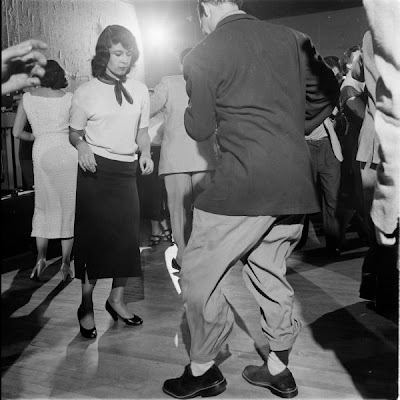 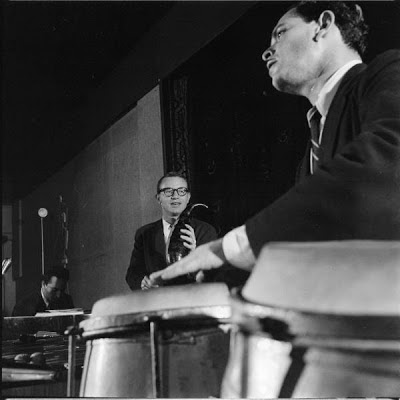 I recently stumbled upon this wonderful set of photos from the Life magazine archives, taken some time in late 1954. They originally appeared in the December 20th issue of the magazine that year as part of the profile of the Mambo craze which was near it's zenith. The venue was The Macumba on Grant Street (between Bush and Sutter Streets) in downtown San Francisco, right on the border of Chinatown. It was an upstairs dancehall opened in the Summer of '54 that featured popular Latin orchestras such as Tito Puente as well as bandleaders like Duke Ellington and Stan Kenton. For San Francisco Latin Jazz musicians of a certain age, it is well remembered as a hub of sorts for a scene whose influence is still felt today in the Bay Area. For more information on this era, I highly recommended reading this excellent interview with Tjader sideman Benny Velarde.

Tjader at the time of these photos was in his ascension. He had left the George Shearing Quintet in the Spring of the year and quickly set about forming his Modern Mambo Quintet, deeply influenced by the music he had experienced in New York City while working with Shearing over the previous year. In San Francisco, he surrounded himself with a roster of excellent musicians and cut his first Mambo discs for Fantasy Records. As a live attraction he was quite popular in both dance halls such as The Macumba as well as jazz clubs such as The Black Hawk. It is interesting to note on how well put together the Quintet was even after just a few short months together at the time of these photos. Ivy Leaguers will most certainly notice the 3/2 flannel blazers, button-down shirts, and Repp ties that make up the band uniform! Horn-rims look to be optional though...
Posted by Nick Rossi at 1:11 PM

2 of his lesser known good ones: