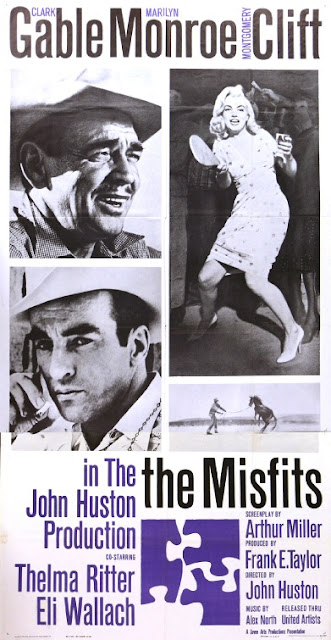 Upon seeing the opening title sequence of John Huston's 1961 film The Misfits for the first time, I remarked on how I thought this might very well be the work of Saul Bass. A couple minutes into the segment and I learned that task was credited to George Nelson and Co. Inc. George Nelson? THE George Nelson?

Nelson's contributions to the world of modern design are undeniable and fairly incalculable. Several of his designs are iconic He is an almost equally controversial figure, stemming mostly from his "collaborations", some of which he took sole credit - or were solely credited to the firm the bore his name. 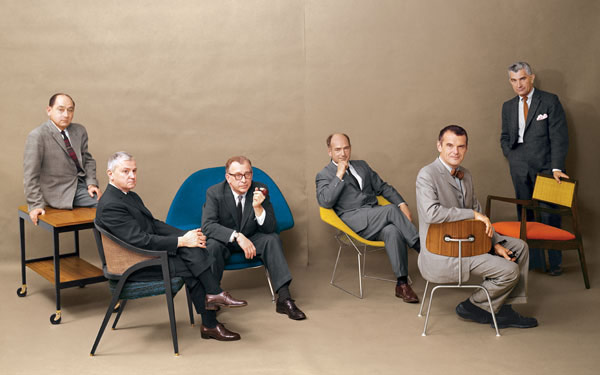 George Nelson (far left), Playboy magazine, July 1961 [bonus points if you can name the others]


With a little research, it turns out that the associate at George Nelson and Co., Inc. (as George Nelson and Associates were known in 1961) that was truly responsible for the title sequence in question was Don Ervin.

You may not know the name, but you know his work. For example he designed the Transamerica logo that adorned so many United Artists films of the 1970s. 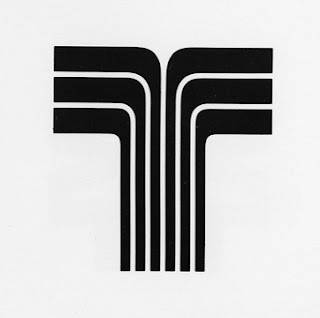 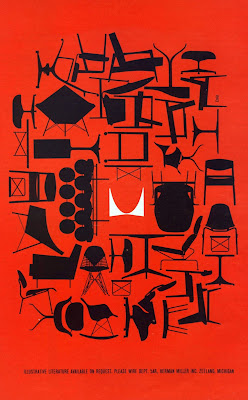 
Ervin was the Director of Graphic Design at Nelson's firm from 1954 to 1962: salad days at the dawn of the advertising era...exactly the sort of thing "Mad Men" has spent so much time celebrating these past few years. It is safe to say, that Ervin's influence stretches far beyond what can be directly attributed to him, especially considering the volume of work that Nelson and Company churned out during that decade. However, "The Misfits" campaign was something of an anomaly. It is Nelson's sole cinema credit. Certainly, several industry and client films were credited to the firm, but this was the first and last documented foray by the design firm into Hollywood.

For the Clark Gable/Marilyn Monroe/Montgomery Clift vehicle, Ervin was tasked with a fairly comprehensive campaign. Not only did he create the aforementioned opening title sequence, but he also created the theatrical trailer and the print advertising campaign. All of these components featured the "misfit" jigsaw puzzle pieces in some variation. The symbolism was a little blunt, but very clean and modern - especially when set against the sharp san-serif typefaces used to carry the titles. Married beautifully (yes, I am being ironic in consideration of the movie's themes) to a striking score by Alex North (A Streetcar Named Desire, Viva Zapata!, Spartacus), the results are nearly as impressive as anything the great Saul Bass collaborated on during the same time period. 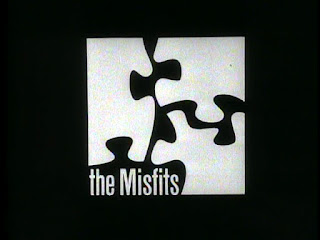 Although it was released to critical acclaim, the film itself was something of a commercial failure. Within 5 years, all 3 of the principle leads were dead. Subsequently, it has often been the subject of high praise. Ervin left Nelson's firm the following year and joined a string of advertising and corporate branding firms until he retired in 1987. He passed away in 2010 at the age of 85. George Nelson's firm continued through the 1980s until he shut down his New York base of operations and passed away in 1986.
Posted by Nick Rossi at 7:07 AM

Well done! I am sure you have seen this before, but the whole photo is here: http://theselvedgeyard.wordpress.com/2009/03/17/the-mad-men-of-modern-design/

By the way, Bologna is one of my favorite cities in Italy.