The missus and I spent Sunday afternoon at the beautiful Rafael Theater in downtown San Rafael. The occasion? A screening of the new documentary on Charles & Ray Eames.

The theater was originally built in 1920 as The Orpheus. A fire in 1937 forced a temporary closure, but the subsequent renovations resulted in the art deco beauty that the current theater still retains. The Rafael originally operated from 1938 until the 1989 earthquake, at which time it again closed. 11 years later it re--opened and currently is operated as a non-profit by the California Film Institute.

The documentary, EAMES: The Architect and The Painter, by Jason Cohn and Bill Jersey has been in production for the past 6 years or so and premiered earlier this year at The Mill Valley Film Festival. It very much exceeded my expectations and I happily recommend it. It currently has a limited run, is scheduled to be shown on public television later this month and will be out on DVD shortly thereafter. 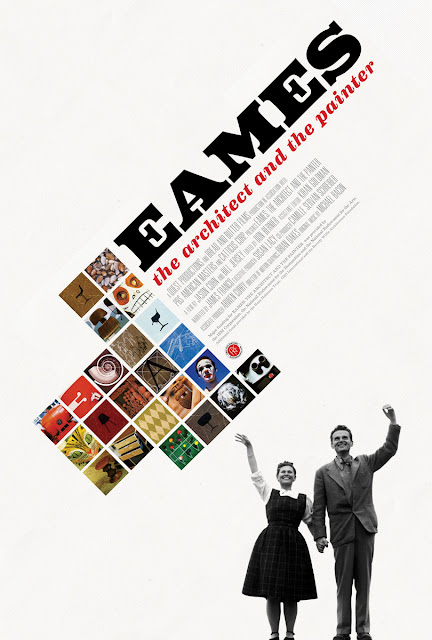 The quote from the film that has stayed with me is the one that provided an introduction to today's weblog. Eventually, everything DOES connect. This is something I have experienced time and time again in both life (in general) and over the course of writing this blog (to be more specific). Case in point: the 1954 film Executive Suite.

Executive Suite was referenced in passing by the Eames documentary as an early illustration of the cultural notoriety of Charles Eames. It clearly shows that Hollywood, if not mainstream America, did have some sense of postwar modernism if even at its most basic level. Focusing on what happens to a Pennsylvania furniture manufacturer when it's CEO passes away without leaving a successor, it is an interesting film that obvious had a major influence on the Coen Brothers The Hudsucker Proxy (perhaps my favorite film of theirs). Interestingly, the DVD commentary is by Oliver Stone who professes the influence the film had on his own Wall Street. 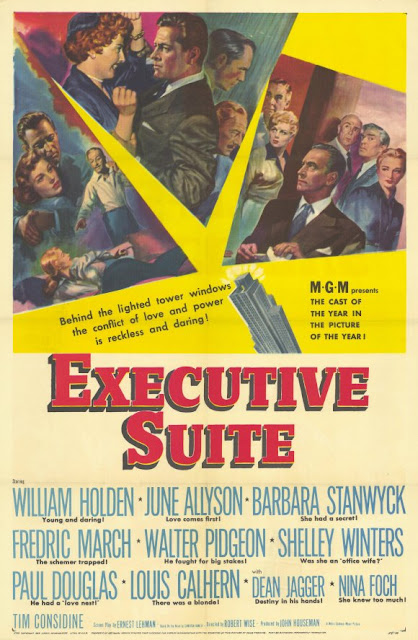 There are interesting aspects and Easter eggs galore in this film. Edward R. Murrow provides the opening narration. Second unit was shot on location in New York City. It's one of the only major studio films ever shot that lacks a musical score. Producer John Houseman (yes, THAT John Houseman of Mercury Theater and Smith-Barney fame). Shelly Winters. But (and this is where it gets interesting) there are also several other connections to a few of the topics that I have covered before on this weblog. 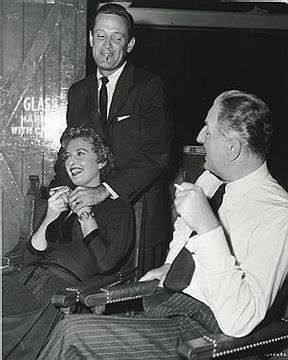 William Holden and Barbara Stanwyck on the set of Executive Suite, 1954

William Holden, of course, has been mentioned here at A Modernist before. While he was shooting Sabrina with Audrey Hepburn in the Spring of 1954, Executive Suite opened in theaters in April. In my previous post, I focused on Holden's wardrobe in Sabrina - more specifically the Ivy League look of his "playboy" character. Here again in Executive Suite,  Holden spends much of this film in 3/2 sack suits and button-down shirts. Hardly a playboy, this character is a creative innovator - an artist working in a commercial context. He spends his time sketching ideas. He has a home studio with is very obviously based on someone's visit to the Eames studio in Santa Monica. He gives a rousing speech at the film's end that (rather succinctly, I should add) makes the case for modernism. If you don't mind spoilers, you can watch the scene in question here. It really does give some historical context to what people like Eames, Eero Saarinen, and (perhaps to a lesser extent) George Nelson where striving for. 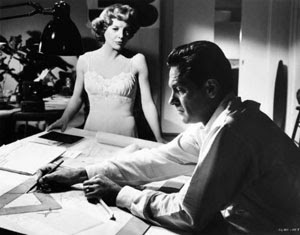 And of course, the connections don't stop there. Executive Suite was directed by Robert Wise. Wise, of course, later went on to direct I Want To Live! in 1958 (featuring a musical cameo by Gerry Mulligan) and perhaps one of the best late period-Noir films Odds Against Tomorrow which starred Harry Belafonte as a jazz musician caught up in one really bad situation. But more to the point Wise co-directed the film of West Side Story in 1961 with Jerome Robbins. And how I managed to make it through my last post without mentioning either is beyond me. But, eventually, everything connects! 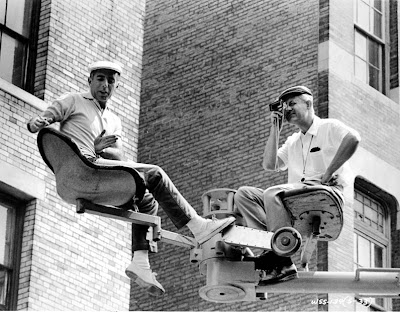 Directors Robbins and Wise on the set of West Side Story, 1961

Postscript: Although it took me years to realize it, I've known the films (which the new documentary gives ample time to) of Charles & Ray Eames for years. Like many of my generation, I grew up seeing 1977's Powers of Ten in school in both Middle and High School. It still fascinates me.

This is a FANTASTIC post and you've completely piqued my interest in this film and the rest of the connections!

I've been wanting to see that documentary since hearing about it (and WOW, what a film poster!), but now I have Executive Suite in my targets.

Huge fan of Hudsucker as well!

Thank you both very much for your comments.

John Houseman who produced 'Executive Suite' knew Charles and Ray Eames and brought them in to do William Holden's office in the film!

Thank you for sharing such a nice post. I love it so much.Check Office Furniture Miami